Audrey is a PhD student in the Department of Psychiatry, supervised by Professor John O’Brien and Professor Hugh Markus. Funded by the Lee Kuan Yew Fitzwilliam Scholarship, her PhD uses multimodal neuroimaging techniques to study the role of cerebrovascular disease in dementia. Her current research examines cerebral small vessel disease in relation to key pathological markers of dementia (e.g. amyloid, tau, neuroinflammation) to understand how various pathologies interact in their contribution to cognitive decline.

Prior to her PhD, Audrey earned her BA (Hons) in Psychology from the National University of Singapore, where she also worked as a research assistant. After obtaining her degree, she worked at the National Neuroscience Institute (Singapore) where she conducted and coordinated dementia research. On top of academic and clinical research, she also has experience working in the government sector conducting behavioural research as well as healthcare policy research. 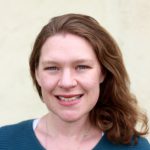 Elizabeth is working as a Clinical Research Fellow funded by Alzheimer’s Society. Her research interests are in neuroimaging and dementia. Within the department she will primarily be working with 7T MRI technology to investigate Lewy body dementias. This project aims to use ultra-high resolution MRI to investigate brain changes in people living with dementia in more detail than previously possible. The project was conceived and successfully piloted during her time as an Academic Clinical Fellow in the department.

Elizabeth studied medicine at the University of Bristol where she also gained a BA in Medical Humanities. Following completion of the Foundation Program in the North West she completed an MSc in Neuroimaging for Clinical and Cognitive Neuroscience at the University of Manchester. She came to Cambridge to take up an Academic Clinical Fellowship and she has completed core training as a psychiatrist. 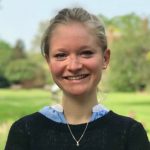 Coco is a PhD student funded by the Alzheimer’s Society, moving to Cambridge in October 2018 after graduating from a BSc in Biomedical Science at King’s College London. Previously a research assistant at University College London she worked on the navigational gaming app Sea Hero Quest, a citizen science project that generates data for dementia research. She has also collaborated with the Centric Lab, a consultancy-based organisation translating insights from neuroscience and virtual reality to improve the human-centric design of built environments.