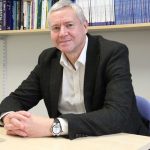 Professor John T O’Brien is Professor of Old Age Psychiatry in the Department of Psychiatry at the University of Cambridge and Honorary Consultant Old Age Psychiatrist within Cambridgeshire and Peterborough NHS Trust and Cambridge University Hospitals NHS Trust. He is also a NIHR Emeritus Senior Investigator and a Fellow of the UK Academy of Medical Sciences. His research interests include: the use of brain imaging, especially multi-modal MRI and PET, as a biomarker in dementia. He has particular interests in dementia with Lewy bodies and the role of vascular factors in dementia and depression. He leads the Old Age Psychiatry research group who are undertaking a variety of clinical cross-sectional and longitudinal cohort studies as well as laboratory based experimental studies and several clinical trials. He has published over 550 peer reviewed papers on these topics and was a member of the National Institute for Health and Clinical Excellence (NICE), British Association of Psychopharmacology and the European Federation Neurological Sciences (EFNS) Dementia Guideline groups. His other current roles include being the NIHR National Specialty Lead for Dementia and Treasurer of the International Vas-Cog Society. 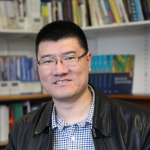 Dr Li Su is an ARUK Senior Research Fellow at the University of Cambridge. He has previously worked in the Institute of Psychiatry at King’s College London and in the MRC Cognition and Brain Sciences Unit. Dr Su is also a Visiting Professor in China-UK Centre for Cognition and Ageing Research, Faculty of Psychology, Southwest University, Chongqing, China.

His research interests include:
1) Advanced neuroimaging methods in MEG, EEG, PET and (f)MRI;

2) Dementia and other psychiatric conditions; 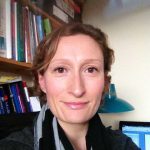 Dr Annabel Price trained in medicine at the Royal Free Hospital School of Medicine, London before training in General Adult, Old Age and Liaison Psychiatry on the Maudsley Hospital Rotation London. Annabel went on to be a Clinical Lecturer in Palliative Care Psychiatry. Currently Annabel is a Consultant Liaison Psychiatrist, Older People’s Team, Addenbrooke’s Hospital and a teaching specialist in palliative care.

Her research interests include: Mental health at the end of life and the interface between mental health and assisted dying. 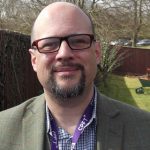 Dr Ben Underwood studied natural science at Oxford before going on to read medicine in London. He did his PhD in the molecular neurogenetics of Huntington’s disease with Professor David Rubinsztein in Cambridge with a view to finding new therapeutic strategies in dementia. This has continued to be his major research interest and he has recently published the first clinical trial of an autophagy up-regulating drug in Huntington’s disease. He is the clinical director of the older people and adult community directorate of CPFT and also clinical director of the Windsor unit at Fulbourn, a unit which delivers clinical trials on the NIHR portfolio. He is the clinical lead for division 4 of the NIHR clinical research network for East Anglia and a consultant old age psychiatrist in Cambridge.