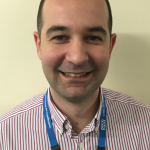 Leo has previously been an NIHR Academic Clinical Fellow in Psychiatry at Oxford. He completed his PhD on dementia epigenetics at Maastricht University in the Netherlands and medical school at the Aristotle University of Thessaloniki in Greece.

His research interests include the role of epigenetic mechanisms in neurodegeneration and particularly in Lewy Body Dementia and Alzheimer’s disease. His projects focus on genome-wide profiling of DNA methylation and hydroxymethylation in post-mortem brain tissues and also in peripheral blood. Exploring disease driven changes in the epigenetic landscape has the potential to improve our understanding of the pathophysiology of neurodegenerative disorders and aid in the identification of novel pathways as therapeutic targets. 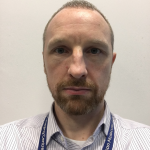 
Stephen is a senior research associate in the OAP group and holds a BSc (Liverpool JMU), MSc (University of Liverpool) and PhD (University of Manchester). Prior to joining the group, he had held postdoc positions at the Karolinska Institute and the University of Manchester. He is a cognitive neuroscientist and his principal research interest is understanding the pathological cascade of Alzheimer’s disease in humans with PET biomarkers that measure abnormal brain proteins (e.g. amyloid & tau). Along with the main PET biomarkers used in dementia research, he is also interested in understanding the role astrocytes play in the pathological cascade by using novel PET biomarkers that can measure astrocyte function in vivo. 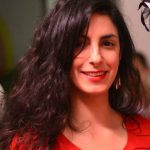 Maria is a researcher in the Lewy Body Disorders Research Group and is working primarily on the MILOS study. Her research interests are in neuropsychology and dementia. She holds a BSc Hons Degree in Psychology and a PhD (Doctor Europaeus) in Neuroscience awarded by the University of Padova (Italy). Before joining the Old Age Psychiatry research group she worked as a clinical neuropsychologist and researcher in several international neurorehabilitation and research centres with patients with neurodegenerative diseases. 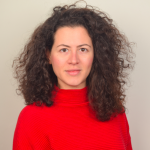 Her research focus is on brain haemodynamic analysis using arterial spin labelling MRI and on structural image processing in a mid-aged population at risk of dementia. Her work prior to joining the group was focused on multi-modal MR imaging in type-2 diabetes mellitus. 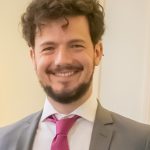 Peter is an academic clinical fellow and core trainee in psychiatry investigating the role inflammation in Lewy Body Dementia. 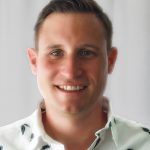 George is a Research Associate and study coordinator in the Cambridge Centre for Parkinson-Plus Syndromes. He is currently supporting research studies investigating in vivo synaptic density, tau burden and the role of inflammation in dementia and movement disorders. He holds a PhD from the Institute of Psychiatry (King’s College London) and MSc from the University of Oxford. Prior work before joining the group included investigating the cognitive and emotional profile of users of novel psychoactive substances; information-processing biases in psychosis; and the behavioural effects of manipulating the neurotransmitter serotonin. 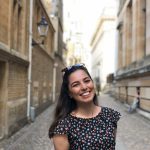 Zeynep is a clinical researcher and is primarily working on the The PREVENT Dementia Program. She holds a MSc in clinical psychology and is also a member of the British Neuroscience Association. Her research interests are in neuropathology, neuroinflammatory markers, and the early behavioural features of preclinical dementia. Her work uses neuroimaging techniques in order to understand and identify the earliest detection of diagnostic biomarkers. 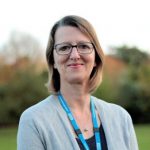 Allison is a nurse researcher and project co-ordinator for the East Anglia Lewy body dementia network longitudinal study (ENLIST UK).  She holds a BA (Hons) in Primary and Community Care and an MSc in Health Sciences awarded by Warwick University. Her  special interests are  the advanced stages of  Lewy body dementia, qualitative research methods and patient and public involvement. Her previous background is in community nursing and dementia palliative care.  She currently holds a Lewy Body Society Grant for her PhD work – Narrative research exploring the experiences of people living with Lewy body dementia and their family carers. 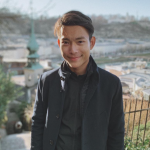 Elijah is a Junior Research Fellow, funded by the Alzheimer’s Society UK, and a former Gates Cambridge scholar. His fellowship aims to determine whether Neurite Orientation Dispersion and Density imaging (NODDI) could detect cortical microstructure changes (i.e. dendritic arborisation) in dementia with Lewy bodies, and understand their associations with concomitant Alzheimer’s disease pathologies using PET imaging of amyloid and tau. His broader research interests are in the application of multi-modal neuroimaging biomarkers to unravel the complex landscape of disease-related changes in neurodegenerative conditions and preclinical dementia. Before his current position, he obtained his PhD on neuroimaging in Lewy body diseases at the Department of Psychiatry, University of Cambridge, and completed a post-baccalaureate MRI Fellowship at the University of Buffalo Neuroimaging Analysis Centre, New York, and the National Neuroscience Institute, Singapore. 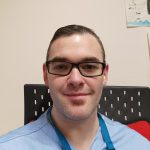 James is originally from the Republic of Ireland, where he trained as an analytical hypnotherapist (DHP; ADHP), neuroscientist (BSc; MSc.), and medical doctor (MBBS). He completed his Academic Foundation Programme training in Leeds and earned an MPH from the University of Sheffield. He works in the Cambridge and Peterborough NHS Foundation Trust as a psychiatrist and delivers psychodynamic psychotherapy, leads Balint groups and teaches psychoanalytical theory and practice. He is an NIHR Academic Clinical Fellow in Old Age Psychiatry at the University of Cambridge investigating the role of delirium in Lewy Body Dementia.