A major challenge in Alzheimer’s disease (AD) research is identifying patients early enough in the disease course to give therapeutic interventions. ENCRYPT aims to test the hypothesis that entorhinal cortex (EC) and hippocampal (HC) function are impaired prior to symptom onset in AD, which may yield new cognitive tests capable of detecting earlier disease related changes than currently possible. It uses a novel approach of navigation testing to do so, given the presence of unique spatial ‘GPS’ cells in EC which is one of the first affected regions. ENCRYPT is a sub-study in the PREVENT Dementia Programme, aiming to recruit around 100 PREVENT participants who are aged between 40-60 and have undergone longitudinal cognitive, biomarker and clinical profiling for AD risk factors. Participants will complete an immersive virtual reality test of navigation and a 7 tesla MRI scan. This state of the art super high-resolution imaging enables detailed visualisation of the structure and function of the EC, which as a tiny brain region is not easily visible on conventional 3 tesla scans. This ENCRYPT data will be cross-referenced with PREVENT data on AD risk factors to determine how EC navigation function is impacted by AD risk. 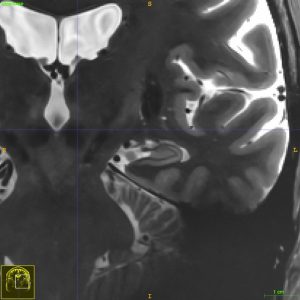 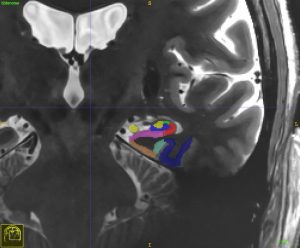 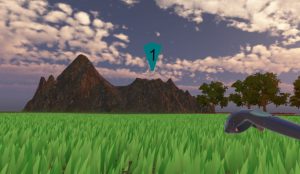 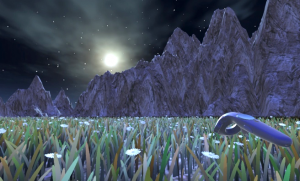 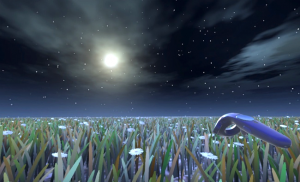 Snapshots of the virtual reality environment used to test navigation.