We would like to extend a huge congratulations to Dr. Emily Ruzich who recently completed her PhD, which was supervised by Professor Simon Baron-Cohen and Dr. Howard Ring at the Autism Research Centre. We caught up with Emily to ask her about her research into the distribution of autistic traits in the general and autistic populations.

Could you tell us a bit about the research that you carried out during your PhD?

In a nutshell, I was interested in trying to investigate what exactly is ‘normal’ (in terms of autistic traits) and how we define normal. Part of the research focused on how things tend to get a bit fuzzy around the edges, which I think is an issue focused on more in experimental research as opposed to clinical practice – which tends to be more black and white. 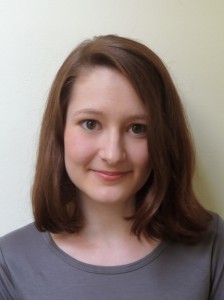 What made you want to do research into autism and, more specifically, the area of autistic traits?

My interest in research into autism goes back to my undergraduate degree when I took a linguistics class. We talked a lot about language development which led on to autism and I also had an interest in the neuroscience side of things before then. I think some people have more personal reasons for getting into the field. For me, it was a case of going to some good lectures and getting lucky.

I started following autism research more as I went through my research career. It’s just a very interesting field, there are a lot of developments as well as good public awareness of the condition. To understand ASC we need to tap into a lot of different domains, which is interesting for someone who likes to look at a broad range of areas like I do.

My specific project actually stemmed from a different project. I had some shifts along the way, as many people do during their PhD. Initially, I was interested in studying women with ASC as research in the field tends to be more focused on the male population. As it turns out, women with ASC were one of the subgroups that I did study during my PhD.

Could you summarise the main findings of you PhD for us?

My PhD was quite modular and was built up of several self-contained studies. Overall, the body of work as a whole increases our understanding of how autistic traits are distributed in people with and without ASC. Some key findings from my work include that, in general, things like occupation and gender can influence AQ scores, and that people with a family member with autism as well as people with certain neurodevelopmental conditions other than autism may also have slightly elevated autistic traits.

An element of the PhD also focused our understanding of how to use the AQ as a descriptive measure and a tool in research.  For instance, I performed a systematic review to define reliable norms for the measure, found that factors such as whether the questionnaire is being filled out by oneself or one’s parents can influence AQ scores, and demonstrated that autistic traits as measured by the AQ are stable over time.

The final section focused on how self-reported questionnaires are linked to brain function. This was done by carrying out a pilot study using various EEG measures alongside the AQ. I ended up with several publications that have contributed to our understanding of autistic traits in the general population, siblings of individuals with ASC and the use of self-report measures in research.

What was your best day during the PhD?

Finally printing my thesis was a great day. I don’t think you realise what you’ve done until you see it sitting on printer’s desk. One of my papers also got some coverage in the national press which was pretty exciting as it lead to some interest from the public. In particular, I had a concerned parent of someone with a recent diagnosis contact me because of it. That was really rewarding as it’s easy to get locked up in that ivory tower of research. It was really good to talk to someone who had more grounded, practical concerns that were less to do with the specifics of the condition and more to do with just adjusting to the daily lifestyle of having a child with ASC.

What was your worst day during the PhD?

I guess I had a lot of worst days, but it’s best not to dwell on them too much. I certainly have a more of a rose tinted view of the PhD now that I’ve finished. Doing a PhD can be quite isolating and I had a lot of setbacks that changed the direction of the PhD. Those were days that, with perspective, I can look back on and know they turned out okay. At the time though, they were definitely low points. I think most people doing PhDs find that unexpected circumstances lead to changes in the direction of their research. Part of doing a PhD is overcoming those challenges.

Do you have any words of advice for current or future PhD students?

Doing a PhD is such a personal thing; it will vary a lot for different individuals. I would say it helped me a lot to have things to do outside of the PhD that helped balance out the ups and downs. I did teaching on the side, wrote for Psychiatry news team and kept busy with my social life. Things like that give you a bit of perspective, which is important.

Could you tell us a bit about what you’re moving on to do?

I’m moving to Gothenburg in Sweden to start a post-doctoral position, which will be a big change of pace. I’ll be focusing on two main things during the post-doc. The first will be assisting in carrying out innovative research looking at MEG/EEG imaging technologies, which ties into what I was doing before my PhD and at tail end of it. Secondly, there will also be a clinical aspect that will focus on the cognitive development of children undergoing treatment for cancer. One of the things that got me interested in neuroscience and psychiatry is that I wanted to do stuff that has a pragmatic impact on people’s lives. I feel that this new job will carry that through.

Emily was interviewed by Owen Parsons.

Cover image: “notebook” by waferboard licensed under CC BY 2.0 (cropped to fit)