The conference was attended my more than 1,800 schizophrenia researchers from across the globe and across disciplines as varied as machine learning and epidemiology. The opening plenary was given by Susannah Cahalan, author of the New York Times Bestseller ‘Brain on Fire: My Month of Madness‘. In both her book and the plenary, Susannah discussed her experience of being admitted with psychotic symptoms and seizures, and eventually being diagnosed with anti NDMA-receptor encephalitis. This is a disorder where the bodies’ own antibodies attack NDMA-receptors in the brain, and causes psychotic symptoms and, sometimes, seizures.

This opening plenary was followed by a scientifically excellent conference, discussing a wide variety of topics from predictive medicine to the role of childhood trauma on the causal pathway to schizophrenia. 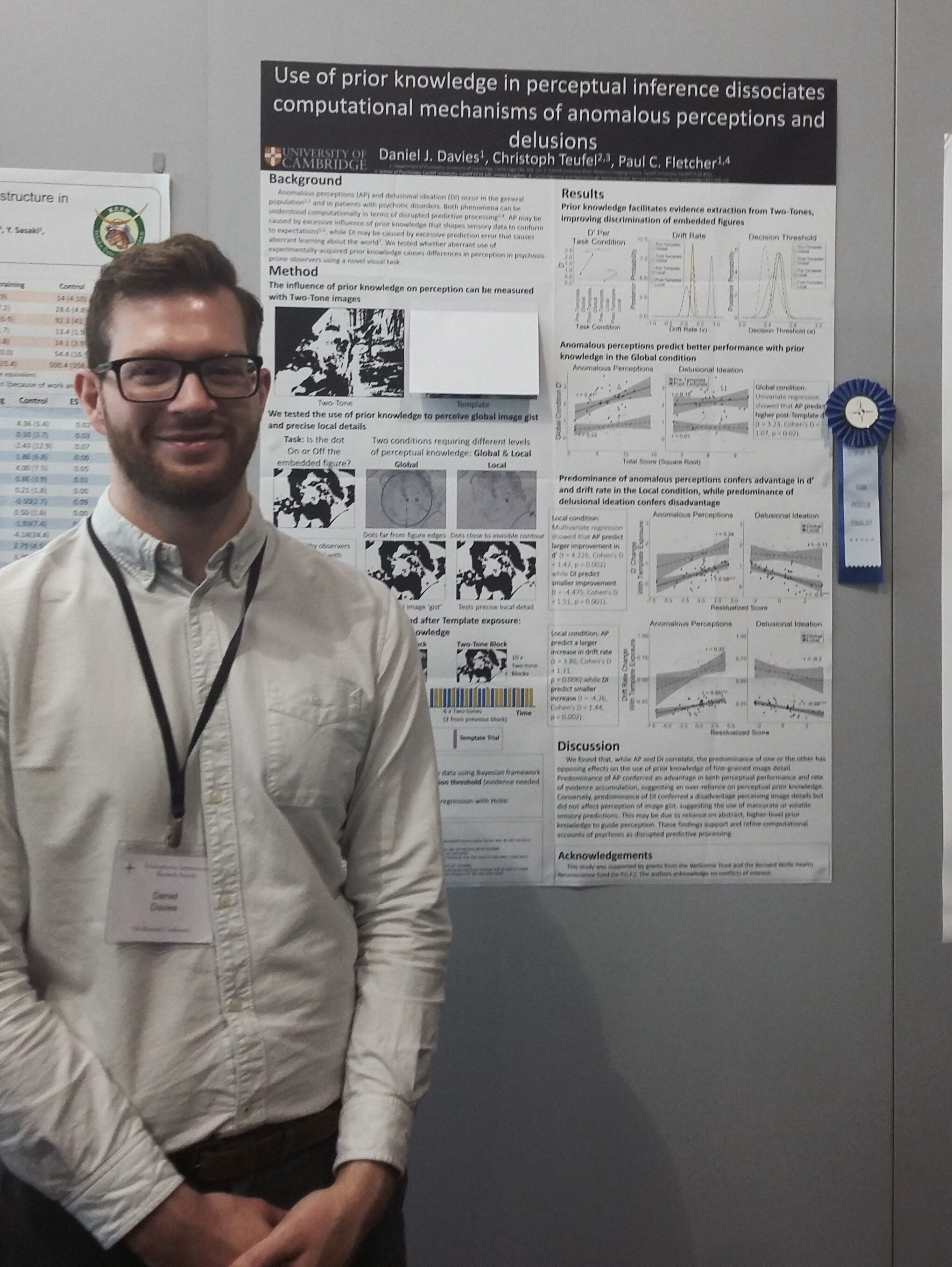 Cambridge researchers Dr Emilio Fernandez-Egea and Dr Golam Khandaker presented posters on their work on the side effects of anti-psychotic medication and the role of inflammatory markers in childhood in the development of schizophrenia respectively. Third year PhD-student Dan Davies also presented his work on the visual perception of ambiguous images in individuals at high-risk for psychosis  and healthy individuals. Out of a total of over 1200 posters, for his poster he won the third prize in the Cognitive Neuroscience Category.

Second-year PhD student Hannah Jongsma was one of the 49 Travel Fellows elected by SIRS, and gave an oral presentation on her work covering the preliminary results of a six-country incidence study in first-episode psychosis: the EU-GEI study. These preliminary results showed a significant variation in incidence rates across settings, even after accounting for age, sex and ethnicity.