Have you ever recalled a story about yourself, only to realise that you were actually recounting something that happened to someone else? If so, this would be due to a failure in reality monitoring – the ability to discriminate between memories for actual events and memories for imagined events. A collaborative project between the departments of Psychology and Psychiatry, led by Rose Cooper, has focused on reality monitoring abilities. The project is looking at two distinct types of reality monitoring to see whether this capacity was impaired in individuals with Autism Spectrum Conditions (ASC). 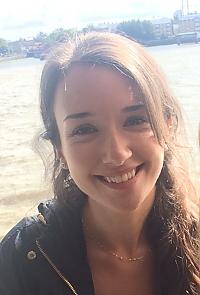 Rose Cooper, the lead author on the study

A lot of the things we remember (such as the facts, equations and historical dates you would have learnt in school) fall under the term declarative memory. Episodic memory is distinct from declarative memory, in that it focuses on an individual’s unique experience of a specific event. Think of it as the difference between simply remembering the date of the World Trade Centre attacks and specifically remembering where you were when you heard the news. Reality monitoring requires a form of episodic memory which is source-oriented.

Source memory refers to a specific type of episodic memory for the context in which a memory is encoded. There are two key distinctions, in terms of the source of a memory, which we have to differentiate between. Firstly, whether a specific memory is for an event that happened to ourselves or someone else. Secondly, whether the memory is for an actual event that happened or one that we imagined.

While memory deficits have been frequently reported in ASC, the full-picture is anything but simple. Impairments have been reported in episodic memory and it has previously been suggested that these difficulties may be due to difficulties in mentalising (thinking about the self). However these claims have been brought into question after recent studies have shown that individuals with ASC also show episodic memory deficits when presented with non-social and non-self-related images or information.

Previous research investigating reality monitoring in ASC has produced mixed results. This might be due to the fact that these previous studies were limited by small sample sizes and relatively low numbers of trials conducted within the experiments. Furthermore, the majority of this research has focused specifically on assessing how individuals with autism can differentiate between memories that related to themselves or others (self-other memory) but have neglected to investigate the ability to differentiate between actual and imagined events (internal-external memory).

In this new study, Cooper and colleagues argued that reality monitoring needed to be assessed in ASC with a specific focus on self-other compared to internal-external information processing. An additional strength of the study was that a relatively large sample size was used, with 24 individuals with ASC taking part alongside an age and sex matched control group.

The authors used a previously validated set of common word pairs, such as “bacon and eggs”, which they presented to the participants under one of four different conditions. These four conditions varied across two properties: whether the participant themselves read the word out loud or whether they listened to the experimenter read the word out instead, and whether participants were presented with both in full or whether participants were shown the first word in full but only the first letter of the second word. These were the ‘imagined’ trials and required participants to image a possible second word before articulating it.

Presentation of words was carried out in blocks of 24 word-pairs, after each of which a testing phase was carried out. During the testing phase, participants’ memory of the word-pairs were tested in two unique ways. For half of the word pairs, participants were asked whether the corresponding word pair had been said by the participant themselves or read out to them by the experimenter. For the other half, participants had to respond as to whether the second word in the word-pair had been seen in full or imagined. Finally, after they were tested on each word-pair, participants were asked to report how confident they were in their decision.

The two groups gained a similar benefit of self-referential processing the word-pairs on recall during the testing phase, which was true for both seen and imagined word-pairs. However, the ASC group were not able to recall the source of the word-pairs as consistently as the non-ASC group. In other words, they found it harder to remember whether they had read a word-pair themselves or if the experimenter had read the word-pair to them.

The confidence ratings were also assessed by the researchers to see if both groups were able to gauge whether they had performed correctly during the testing phase to the same extent (a capacity referred to as ‘metamemory’). While there were no differences between the two groups in metamemory for whether the participant or researcher read out the word-pairs, the authors found reduced metamemory in the ASC group for perceived-imagined source discriminations. This suggests that the ability to monitor the accuracy of perceptual details of source memory could be impaired in ASC.

We spoke to Rose Cooper about the significance of her findings: