In recent years, many articles in both scientific journals and the popular press have promoted the idea that people can become addicted to sugar in the same way that they can become addicted to drugs.  This idea has already gained tremendous traction in society, as evidenced by an internet search on the topic.

Sceptical of this extraordinary claim that people can become addicted to sugar, Cambridge researchers decided to more closely examine the scientific literature to see how well this finding was supported by previously published results.  Their paper, recently published in the European Journal of Nutrition, compares the behavioural and neurobiological aspects of addiction as reported in drug studies to those reported in studies focusing on sugar addiction.

Most of the research on sugar addiction has been performed in rodents, and very little work has involved humans.  This is because, in the lab, researchers can cause rodents to display addiction-like symptoms in response to either sugar or cocaine.  Their review, likewise, focused on animal studies. 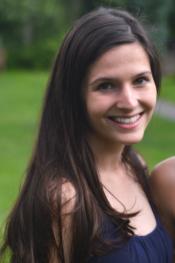 The authors found that, while sugar may seem addictive instinctively, the scientific literature is lacking substantial evidence that this is true.  One reason for this is that different areas of the brain are activated in rodents when they crave food compared to when they crave drugs.  While both types of cravings activate the nucleus accumbens (a brain region associated with motivation and the reward system) they activate different parts of the nucleus accumbens.  Another reason is that, when rats obtain the desired sugar or drugs, their brains release dopamine, a chemical which is important in motivation and reward; however, this dopamine release quickly returns to its original levels after repeated administrations of sugar, but not for cocaine.  Additionally, in many studies claiming to find sugar addiction in rodents, researchers pre-select animals for the study which already have a strong response to sugar. Furthermore, the addiction-like behaviour only occurs under very specific experimental conditions, such as food deprivation.  “It is important to be aware that these studies were conducted under conditions that do not resemble our typical environments,” says Margaret Westwater, the lead author on the study.

This ground-breaking work calls into question the validity and rigour of the many studies which purport a parallel between sugar and cocaine.  While it does not rule out the possibility of such a link, it does show that the evidence for sugar addiction is insufficient, and we are missing key pieces of information that would be required to make such a strong claim.  Their findings have important implications for shaping public policy.

“I hope this work will compel people to consider that, although many of us find it difficult to control our intake of sweet foods, these feelings of loss of control do not fully encompass addiction as we understand it in a scientific sense,” says Westwater. “We need to carefully consider the overlapping and divergent features of food and drug rewards before we can develop effective treatments for people who suffer with binge eating and obesity.”