Cocaine abuse can have severe, life-threatening effects on those with serious addictions. On top of the severe impact that it can have on individuals who become addicted, cocaine addiction also has significant social and economic repercussions and is recognised as a major public health issue. 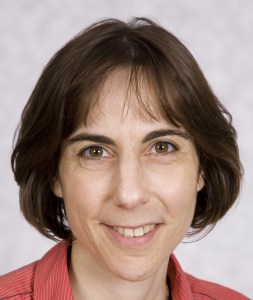 A group of researchers from the Department of Psychiatry conduct a study to look at how habits are formed in people with cocaine addictions and how these behaviours are effected by both rewards and punishments. Their findings, published in the journal Science, suggest that people who are addicted to cocaine are more likely to continue habitual behaviours after rewards have been removed and are less likely to change their behaviour following punishments.

The study focused specifically on habit forming mechanisms across long-term drug use that often leads up to serious addiction. They carried out behavioural testing on a sample of 125 participants, 72 of whom had cocaine addictions while the remaining 53 participants had no prior history of drug use and served as a control group.

The study found that people with cocaine addictions tended to form stronger habits in the reward based task. Contrary to the behavior of the control participants, patients with cocaine addiction maintained these learned habits throughout the task, even when they were no longer being rewarded for their behaviours.

In the punishment task, participants with cocaine addictions were less likely to form strong habits and were less likely to make an effort to avoid the negative outcomes of the task. These results suggest that people who abuse cocaine are unlikely to modify their behaviour, even if they are made aware of the serious consequences of their actions.

The findings from this study are particularly eye-opening in relation to treatment approaches to cocaine addictions, suggesting the traditional behavioural-based therapeutic approaches might be fundamentally problematic in trying to reduce drug use. The authors suggest that a greater focus on the brain mechanisms driving addictions might allow for improved treatments to be developed.

We spoke to the lead author on the paper, Dr Karen Ersche, to ask her about the significance of the groups’ results. “These findings have significant implications for the treatment of people with cocaine addiction. Clearly punitive approaches are ineffective, as the prospect of something bad happening to them won’t make cocaine users more likely to change their behaviour”, Dr Ersche commented.

“Interventions that build on their particular strength in developing habits, by training the implementation of more desirable habits to replace drug-taking habits, are likely to be more effective. Our findings also suggest that cocaine users would need to be actively protected from – rather than simply warned about – adverse consequences, because they will likely fail to avoid them if left to their own devices.”