It’s well known that when children enter adolescence, they tend to experience dramatic social and behavioural changes. While these changes are often a natural part of development, this period is also associated with increased risk of developing psychiatric disorders.  Furthering our understanding of human brain maturation during adolescence would help us to gain a better picture of why this is such a sensitive period in brain development.

A group of researchers from the University of Cambridge and University College London recently published a paper that used Magnetic Resonance Imaging (MRI) to measure changes in cortical thickness and intracortical myelination during development in adolescent brains. We had the pleasure of speaking to the joint first authors on the paper, Dr Kirstie Whitaker and Dr Petra Vertes, who answered a few questions about the importance of their findings.

Hi Kirstie, hi Petra. Thanks for speaking to us today. Could you give a short summary of the main findings of the paper as well as the importance of the results you obtained? 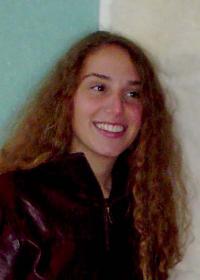 Kirstie Whitaker (KW): We wanted to understand how the brain was developing during adolescence. We invited 300 young people between the ages of 14 and 24 to have their brain scanned using magnetic resonance imaging. We used these pictures to build a network that showed how well connected each part of the brain was to all the other regions. The hubs of the network are the brain regions that are really densely connected: they can communicate with lots of other regions.

We found that these hub regions are still changing in adolescence. The cortex – the outer part of the brain where most of the computations are conducted – is thinning across the brain all the way into your mid 20s, with most thinning occurring in hub regions. These same regions are also laying down most myelin, which insulates the connections and makes them stronger and more efficient.

Petra Vertes (PV): We were also able to interpret these changes by linking findings from our non-invasive MRI pictures to the Allen Brain Atlas – an atlas that maps the extent to which each of 20,000 genes are expressed, or switched on, in various parts of the brain. We found that regions which are still changing during adolescence have particularly high expression levels for genes related to synaptic reorganisation, myelination and, perhaps most interestingly, genes that have been linked to a risk of schizophrenia. This suggests that the emergence of schizophrenia may be related to the healthy developmental processes taking place in adolescence going slightly awry.

Why did your group decide to carry out this research in the first place? 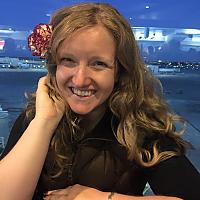 KW: The Neuroscience in Psychiatry Network (NSPN) is a collaboration between the University of Cambridge and University College London. Our goal is to understand the biological underpinnings of mental health disorders. Why do people often experience their first episodes of depression, anxiety or psychosis in their teenage years? There is a huge public health burden when so many people are unwell so our analyses will not simply be for curiosity’s sake. We want to provide meaningful insights that will improve treatment and prevention interventions for the millions of young people who experience psychiatric disorders.

PV: As part of my MRC fellowship, my focus is on understanding the mechanisms that may be driving changes in the brain, as observed through MRI. Much of my work is based on the NSPN data Kirstie just mentioned, so we work in close collaboration. In addition, I have been collaborating with Tim Rittman, a clinical research fellow, to develop methods that enable us to ask which genes are switched on in specific brain regions of interest, and what biological processes these genes are most significantly involved in. Originally, we developed these methods to help link functional MRI (fMRI) data to the underlying biological processes taking place at a cellular level. In fact we have a paper focusing on fMRI that was just published, but it was also immediately clear that these methods can be applied to any MRI signal of interest. As a proof of concept, we applied it here to the structural changes observed in adolescence. Given the high incidence of mental health disorders in adolescence we were hoping to find a link to risk genes for some of these disorders. The list of risk genes for schizophrenia was only published recently so it was very exciting to be able to build on that work and confirm our hypothesis.

You divided the participants in your study into two separate cohorts, can you explain why you did this and what it adds to the study?

KW: There’s a big difference between seeing a statistically significant result in one study, and knowing that your findings will hold up if you do the same analyses again with a different set of people. We put 100 participants into a discovery cohort and developed all our analyses with them, and then checked to see which results held when we looked at the brains of the other 200 volunteers.

It was a bit of a scary moment holding my breath and running the code to see if our results would be the same on a Saturday evening. But I can’t tell you how happy I was when I woke up on Sunday to see that everything replicated and showed the same effects!

I think this step of validating your work seems really obvious but it’s not very often reported in scientific publications. Of course this requires large sample sizes which we are lucky to have. As we are releasing our data for other researchers to use, we really hope they will use a similar approach to leverage the sample size to ensure robust results.

What do you think are the most important questions that are still unanswered in this area?

KW: Ooooh – there are so many still to answer! One that I’m working on now is looking at how individual people’s brains change over time. We’ve asked our volunteers to come back for a second MRI scan a year after their first and it will be really valuable to know if the individual differences in each person’s development relate to their life experiences.

PV: The Neuroscience in Psychiatry Network team are also inviting people who are at high risk of developing depression to come in for brain scans. I think our next big question will be whether we can identify differences in their brain structure and function before symptoms of depression occur. Knowing what happens in the run up to the emergence of mental health disorders gives us the chance to build interventions and treatments that might prevent them in the future.

Do you think more collaborations between universities/research centers are necessary to help drive research forward?

PV: Absolutely! Working with people from other backgrounds and other institutions is really what keeps our work interesting and innovative. For this project it’s been really wonderful working with the diverse team of experts both within Cambridge and from University College London. The NSPN team is made up of psychologists, neuroscientists, clinical psychiatrists, statisticians, epidemiologists, physicists, and computer scientists. It is helpful, challenging and inspiring to discuss hypotheses and results with so many accomplished researchers who each have a slightly different take on things.

KW: A huge benefit of our collaboration is that we have (literally) millions of answers from questionnaires that 2,500 young people have completed for us. Having this data from such a large and diverse catchment area gives us a greatly enhanced opportunity to understand socio-demographic and ethnic risk factors for mental health disorders. There are questions we simply wouldn’t be able to ask if it weren’t for the collaboration between multiple research groups and universities.

Having said that, what will really drive research forward though is the open sharing of data like ours with other researchers. Our study on brain development wouldn’t have drawn the powerful conclusions it has done without the openly available Allen Brain Atlas data, and we’re really looking forward to empowering other researchers to use our brain imaging data to continue to advance our understanding of brain development.

The study received quite a lot of attention in the media, how important do you think it is to communicate findings like this with the public?

KW: It’s so incredibly important to share our findings! I had a great time talking with the presenters on BBC News at 10, BBC Breakfast television and with reporters at New Scientist and Wired. It isn’t difficult to get people excited about brains. We all have one, most of us have been (sometimes difficult) teenagers, and it’s very likely that we each know someone living with the debilitating effects of mental health disorders. This is likely the reason we had such success in recruiting volunteers for the study and, if nothing else, it is important to feed back that their time wasn’t wasted and that we are (slowly) making progress in understanding how the brain develops.

PV: A lot of our work is driven by sheer scientific curiosity but it is helpful, even while we work, to think about the questions the public are interested in. This helps us steer research towards questions that will matter on the ground, for understanding mental health disorders for example. At the same time, we need to be very careful not to overstate the impact of our results when communicating them. We may be pushing the frontiers of our knowledge of how certain disorders like schizophrenia arise, but it’s a long road from these types of results to any new treatments, or even a good account of what causes such a complex disorder.