Dr Anne-Laura van Harmelen has been awarded a prestigious 5-year Dorothy Hodgkin Fellowship from the Royal Society to investigate the neurobiology of resilient functioning after child maltreatment.

Dr van Harmelen completed her PhD at Leiden University in the Netherlands, where she showed that child emotional maltreatment alters the structure and function of the brain in such a way that individuals are more vulnerable to develop mental health problems. After finishing her PhD she moved to Cambridge to work with Professor Ian Goodyer at the Department of Psychiatry. During this time, she was awarded a Rubicon Fellowship from the Netherlands Society for Scientific Research to continue her studies into the neurobiological effects of child maltreatment. 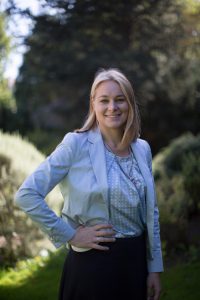 An estimated 12 and 36% of children experience child abuse or neglect, which has a detrimental impact on later emotional, behavioural and academic functioning. However, some individuals are functioning better than expected (or ‘resiliently’), despite their negative early life experiences. With her Dorothy Hodgkin Fellowship Dr van Harmelen aims to better understand the neurobiological mechanisms that contribute to resilient functioning in these individuals.

In her studies Dr. van Harmelen will examine the neurobiological mechanisms of resilient functioning in a sample of adolescents and young adults (ages 14-24) that are part of the Neuroscience in Psychiatry Network. Adolescence is a key developmental period where the incidence of mental health problems increases substantially. During this time the brain undergoes major developmental changes, therefor adolescence is a crucial time in which neurobiological differences are likely to emerge. By studying the adolescent to adult time period we may be able to investigate changes in neurobiological resilience over time to study the possible mechanisms through which resilient functioning may emerge.

The Royal Society is a Fellowship of many of the world’s most eminent scientists and is the oldest scientific academy in continuous existence. The Dorothy Hodgkin Fellowship is for outstanding scientists in the UK at an early stage of their research career who require a flexible working pattern, and Dr van Harmelen has two young children.