The ability to vividly imagine future events enriches our experience of the world. Such ‘mental time travel’ has been shown to enhance decision making and mimic the emotional value that a future experience may hold. However, a growing body of research indicates that dwelling on the future may be detrimental to one’s health, inducing unhappiness and even increasing risk for psychiatric disorders, particularly pathological anxiety. 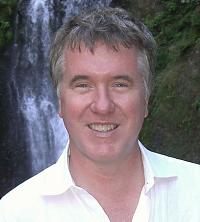 Persistent thoughts of fearful images and dreaded events are core symptoms of anxiety disorders, and, according to Prof Michael Anderson, the inability to manage aversive images remains a central question: “Healthy individuals also experience fearful images, but are able to regulate these intrusive images by suppressing them, and redirecting themselves to other activities. A key question concerns why people with anxiety disorders have more difficulty accomplishing similar control.”

As such, Prof Anderson, alongside co-authors Dr. Roland Benoit of the Max Planck Institute for Human Cognitive and Brain Sciences and Daniel Davies of the Department of Psychiatry, examined whether cognitive control mechanisms known to suppress recurring memories of the past may also attenuate future fears. The authors hypothesised that memory and imaginings of the future arise from a common network of brain regions, including the hippocampus (HC) and the ventromedial prefrontal cortex (vmPFC). They further posited that activity of a cortical brain region, the dorsolateral prefrontal cortex (dlPFC), could reduce simulations of future fears that the HC and vmPFC facilitate.

These hypotheses were tested first in a behavioural study and followed up using functional magnetic resonance imaging (fMRI) in a separate 20-subject cohort of healthy adults. Each participant completed a personalised ‘Imagine/No-Imagine’ procedure, which began with the generation of events that individual feared may happen to her in the near future. Participants were then given reminders to these fears and instructed to attend to the reminder whilst either vividly imaging the event or suppressing the imagery. Finally, participants recalled the details of the suppressed fears before freely imaging the feared experience once more. Measures of apprehensiveness were used to gauge worry about the event. 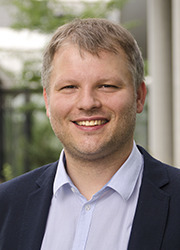 Their findings, published in the Proceedings of the National Academy of Sciences, support the notion that future suppression engages regions brain systems involved in forgetting the past. Specifically, the suppression of future fears was related to increased dlPFC activation and attenuated activity of the HC and vmPFC. Reductions in vmPFC activity during suppression were also selectively associated with impaired recall of details about the feared event. The vmPFC integrates information from the HC to create a schema of particular events, both in the past and future. Thus, results suggest that increased ‘top-down’ control from the dlPFC and reduced vmPFC activity enable an individual to suppress aversive imaginings of the future.

While suppression was less effective in reducing apprehensiveness about the future among more anxious participants, characterisation of suppression in healthy individuals may elucidate new targets for anxiety treatment.

We contacted Prof Anderson regarding the interpretation of these findings:

“One very interesting feature of these findings is that they suggest that there is a great deal of similarity between the brain mechanisms that help us to forget the unwanted past (unpleasant memories) and those that help us to “forget the future” by suppressing fearful imaginings.

Our findings suggests that these two abilities will tend to be related, and, consequently, that when there are problems with one (pathological fears of the future), there will also tend to be problems with the other (intrusive memories or thoughts about the past). This may help to explain co-morbidities of different disorders, which have superficially different symptoms (e.g. rumination, intrusive memories) that may have a common underlying cause.”