It is crucial to identify those who are at ‘ultra high-risk’ for psychosis (UHR) before their first psychotic episode. It’s always better to prevent than to cure, and early intervention is associated with better outcomes. Currently the most common way of detecting UHR individuals is with a semi-structured interview called the CAARMS. This is great in terms of accuracy as it correctly picks up those who are at UHR (this is known as sensitivity), while excluding those who are not at UHR (specificity). 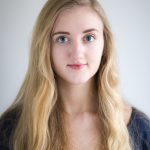 Unfortunately, the CAARMS interview can only be done by specially trained interviewers and administration takes up quite some time. This is not ideal for busy clinical settings, where both time and people are scarce. The development of a self-administered questionnaire that has a sufficiently high sensitivity and specificity would help relieve such pressures on resources.

Questionnaires that measure risk for psychosis do exist, and the Community Assessment of Psychic Experiences (CAPE) is most commonly used. It was originally designed to measure lifetime psychotic experiences in the general population, and it has been widely used in both research and clinical settings.  It looks at both frequency of psychotic experiences and the amount of distress they cause. The original version has 42 questions, but for clinical settings a shorter 15-question version is more practical. Therefore, an international team of researchers set out to find out if a 15-question version of the CAPE (the CAPE-P15) would be accurate enough to use as a diagnostic tool.

One hundred and sixty-five patients in Vienna completed the CAPE-P15 and subsequently the CAARMS interview. The researchers compared the performance of the questionnaire against this ‘gold standard’ interview, and found that it did rather well: the people that were found to be UHR in the interview were generally also found to be UHR by the questionnaire, and those who were found not to be at UHR were by the interview were also found not to be at UHR by the questionnaire.  The researchers were also able to recommend a cut-off score for both frequency and distress, which can be used to screen patients in busy clinical settings.

We spoke to the first author Akvilė Bukėnaitė , who completed this paper as part of her research internship at the Department of Psychiatry. She said of the importance of the study:

“The original CAPE questionnaire and its shorter versions have been extensively used by researchers around the world. Despite its growing popularity in the scientific community, it has not been adopted as a screening tool in clinical practice. Our research adds to the evidence that this instrument could indeed be useful for clinicians. It does not require special training and would help save time in clinical settings.“