Binge drinking is defined as the rapid intake of alcohol over a short period of time, with the intention to get drunk. This behaviour is most commonly seen in young adults, and is reported to be a major public health issue in the UK. Many consequences of binge drinking are well known, such as violent behaviour, alcohol use disorder and increased risk of liver disease. However, binge drinking has also been linked to cognitive impairments, memory loss and structural changes in the brain.

At present, studies assessing the neural structural changes associated with binge drinking behaviours are limited. Researchers from the Department of Psychiatry at the University of Cambridge therefore set out to investigate the microstructure of the brain in binge drinkers. The study, published in Addiction Biology,  used diffusion magnetic resonance imaging (MRI) to identify what structural alterations in the brain co-occur with this behaviour. 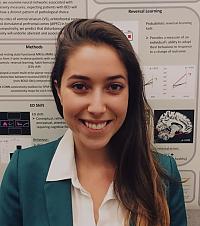 Diffusion MRI exploits the fact that different brain tissues affect the movement of water molecules in different ways. This principal enables us to image how the structure of the brain is composed, and how this may differ in health and disease. Current analytic techniques for diffusion MRI measure how restricted, or “anisotropic,” the water flow is across different tissues. White matter, one of the key types of nerve tissue found in the brain, is thought of as highly anisotropic because it is primarily comprised of neuronal axons and dendrites (collectively known as neurites). Neurites limit water movement in a very specific direction: along the plane of the axon. Although these measures are sensitive to different tissue types, they cannot determine whether a reduction in anisotropy is due to a reduction in the amount of neurites (a measure called neurite density) in that area, or whether the neurites present in that area are just more varied in their orientation (a measure called neurite orientation dispersion). To tackle this challenge, the Cambridge researchers employed a novel acquisition and analytic method to diffusion MRI, to differentiate between these two measures and provide a more detailed inspection of the structural alterations in individuals with binge drinking.

The study recruited 28 individuals who reported binge drinking and 38 matched controls. Participants completed a diffusion MRI scan as well as measures of impulsivity, alcohol use severity and drinking behaviour pattern.

The researchers found that binge drinking behaviour was associated with differential cortical and subcortical alterations in the brain. For areas involved in higher-order processes, like the dorsolateral prefrontal cortex,  reduced orientation dispersion was observed in the binge drinking group compared to controls. It is argued that orientation dispersion index (ODI) measure approximates neurite complexity, as areas involved in higher-order processes typically show higher ODI than those responsible for lower processing. The authors suggest that the association between binge drinking behaviour and reduced neurite complexity in areas of higher-order processing may underlie the attentional and executive functioning deficits observed in cognitive studies of individuals with binge drinking.

Conversely, the ventral striatum, a subcortical structure involved in reward-related motivation, showed a comparative increase in ODI in the binge drinking group. Interestingly, this result correlated with binge behaviour, but not alcohol severity, suggesting that these microstructural differences are related to the behavioural drinking pattern, not total volumetric intake of alcohol.

Finally, an unexpected increase in ODI in the binge drinking group was also observed in the parietal cortex. While structural abnormalities in the parietal cortex have been documented in alcohol-use disorders, the functional significance of this finding is unclear, and the authors urge for further research to investigate this.

Senior author Valerie Voon concluded: “These findings represent a more fine-grained approach to white matter structural differences in binge drinkers. We highlight an imbalance between prefrontal higher order executive control regions and limbic regions underlying reward and motivational processes. Our findings suggest that differing aspects of binge drinking, including the amount consumed and the bingeing itself, are dissociable.”

Overall, this study provided an intriguing foundation for future work. Laurel Morris added: “Future studies should further explore the cognitive relevance of the microstructural measures demonstrated in this study.” It is necessary to link these structural alternations with functional imaging to gain a more comprehensive understanding of the relationship between binge drinking behaviour and the brain.