Functional neurological disorder (FND), also known as Conversion Disorder, is a common but poorly understood condition. It is characterised by neurological symptoms that have no known neurological cause. A classic example is World War I soldiers on the battlefield who became paralyzed with no obvious physical cause.  FND can include sensory symptoms, such as numbness, tingling or pain; cognitive symptoms like memory loss or difficulty concentrating; and motor symptoms, including involuntary tremor or trouble initiating actions. Some people with FND also experience seizures or fainting. 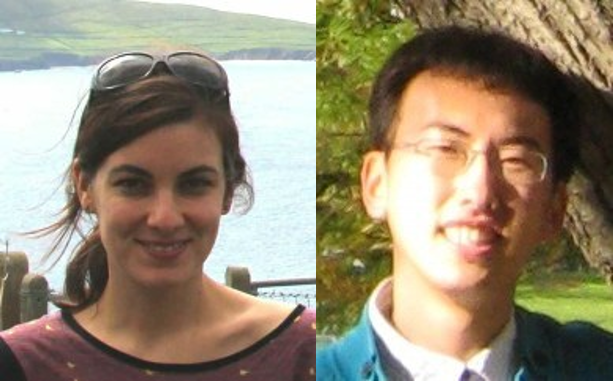 The symptoms of FND may be caused by reduced conscious processing of sensations and actions. A team of researchers at the University of Cambridge and Addenbrooke’s hospital aimed to discover how conscious awareness of movement initiation may be altered in FND. To do this, they used a task called Libet’s clock, which was first devised in the 1980s to study consciousness.

Libet’s clock task requires people to move their finger whilst watching a clock, and note the time when they intended to move their finger (referred to as ‘W judgements’) and the time when they felt the movement occur (referred to as ‘M judgements’). Libet measured brain activity using electroencephalography (EEG) whilst people were doing this task, and he found that brain activity associated with finger movement occurred before participants were aware of their intention to move their finger. Libet suggested that the time between awareness of the intention and the movement itself (typically 200ms) is important for conscious control of actions, as it was in this time that actions could be consciously ‘vetoed’.

In their recent study, the group from Cambridge hypothesised that patients with FND would be aware of the intention to move for a shorter time before the movement occurred, suggesting an impairment in the awareness of the ‘will’ to move. Twenty-five FND patients and 24 healthy controls completed Libet’s clock task while having a functional MRI scan. The research team measured brain activity whilst participants completed the task. They also measured the strength of connections, or functional connectivity, between brain areas associated with intentional movement whilst participants were resting.

Findings, published earlier this year in Psychological Medicine, showed delayed awareness of intention to move relative to the movement itself in FND patients compared to healthy controls. This delay was particularly evident in patients with positive motor symptoms (e.g., tremor) compared to those with negative symptoms (e.g., weakness). This may suggest that positive motor symptoms in particular are the result of decreased ability to consciously ‘veto’ unconsciously initiated actions.

Lead author Kwangyeol Baek commented, “Libet’s seminal study (1983) and following studies of volition in neuroscience suggest that ‘voluntariness’ can be an illusory feeling occurring from that a person is aware of his/her own action intention ahead of actual movement. Impaired (or delayed) awareness of the will to move in FND may result in sense of decreased voluntariness and control of their movements.”

Participants with FND made more precise judgements of when they became aware of the intention to move when compared to healthy controls, perhaps indicating greater attention to movement initiation. People with FND may be more focused on consciously controlling their actions because they have trouble doing this. Interestingly, while increased attention may help compensate for difficulty initiating voluntary actions, it may interfere with habitual actions, such as walking. The authors speculate that an initial problem with voluntary actions in FND could lead to an increase in attention to actions that interferes with carrying out habitual actions. Indeed, FND patients also show impairments in voluntary movements with slowed effortful voluntary movements, a diagnostic criterion supporting FND.

Brain activity in the right inferior parietal cortex (IPC) was greater during judgements of intention to move vs. judgements of movement itself. Previous research has shown that artificial activation of the IPC by electrical stimulation causes feelings of ‘wanting to move’ a body part, suggesting this area’s involvement in voluntary action initiation. In patients with FND, the IPC was less active during judgements of the intention to move, and the region demonstrated reduced functional connectivity with other regions involved in movement intention (e.g., the dorsolateral prefrontal cortex). Reduced activity and connectivity of the IPC may therefore underlie motor symptoms in FND.

Senior author Valerie Voon commented, “Our findings suggest these abnormal involuntary movements without a known physical cause may be related to deficits in the awareness of the ‘will’ to move. These findings might explain several observations including impaired voluntary movements, greater self-directed attention and the impaired functional movement itself. We show impairments in IPC, a region showed to be affected in other studies in FND. Our findings highlight potential therapeutic interventions, which might include psychological interventions or neuromodulation.”