When we think of the immune system, we typically envision a system devoted to protecting our bodies from disease. This system innately responds to pathogens with first-line defense mechanisms, such as chemical barriers or inflammation. Over time, a healthy immune system will adapt to pathogens and activate a more specific response to each one, which only affects the pathogen and not surrounding cells. However, an unhealthy immune system can inadvertently cause disease. Abnormal immune responses may disrupt healthy cellular functioning, leading to immunodeficiency or autoimmune disorders and, in some cases, even psychiatric disease.

A growing body of research has reported associations between antibodies or pro-inflammatory cytokines in the bloodstream and affective, cognitive and behavioural changes, many of which relate to depression and psychosis. Patients with chronic inflammatory illness are more likely to develop depression, and some evidence has related autoimmune diseases to an increased risk for psychosis. Several clinical cases have even gained the attention of popular media. For example, Susannah Cahalan, a reporter who experienced acute psychosis following a rare form of encephalitis, documented her experience in the best-selling memoir, Brain on Fire: My Month of Madness. Increasing public interest in the field of immunopsychiatry, combined with compelling scientific findings, has enabled researchers to further explore the role of the immune system in the development and treatment of mental illness.

This new understanding of the intimate and dynamic links between the immune system and the brain is one of the greatest changes that has occurred over my career. Just as we see the mind and the brain in the same conceptual space, we must now see the brain as being embedded within the body and part of a whole system. – Prof Peter Jones 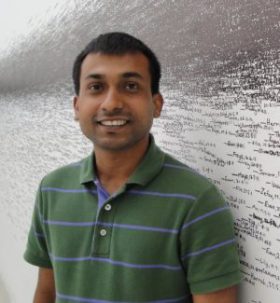 Indeed,  Dr. Golam Khandaker of the Cambridge Department of Psychiatry and co-authors Dr. Robert Dantzer of the University of Texas MD Anderson Cancer Center and Prof Peter Jones of the Cambridge Department of Psychiatry sought to highlight key immunopsychiatry findings in their recent review. The article, published earlier this year in Psychological Medicine, examined evidence linking low-grade inflammation and autoimmunity with depression and psychosis. Specifically, the authors considered the role of inflammation in treatment response, the effect of immune-acting drugs on depressive and psychotic symptoms and the relationship between inflammation and medical comorbidities in depression and psychosis.

In depression, elevated levels of pro-inflammatory cytokines, such as interleukin-6 and C-reactive protein, have been confirmed in patients who are acutely ill and those who eventually develop depression. Elevated cytokine levels are associated with poorer treatment response to antidepressant medication. In cases of treatment resistance, depressive symptoms may be driven primarily by inflammation-related pathologies, and these are not rectified by antidepressants. This could suggest that certain groups of patients with depression are more likely to benefit from immune-acting drugs than others. Indeed, Dr. Khandakar and colleagues previously reported that anti-inflammatory drugs (specifically those targeting cytokines) significantly reduce depressive symptoms in people with chronic inflammatory illness, such as rheumatoid arthritis.

Similarly, disrupted immune functioning from infection, inflammation or autoimmunity has been related to increased prevalence of psychosis and schizophrenia. However, the timing of these disruptions likely impacts risk for psychosis. ‘As with any risk factor, the effect of inflammation is likely to be maximum [or] present when exposure occurs during a critical ‘developmental window,’ Dr. Khandaker explained.

As in depression, patients with psychosis and high levels of inflammation at the start of treatment show a poorer response to antipsychotics. However, immune-acting drugs may be particularly helpful for those suffering with cognitive dysfunction and negative symptoms (e.g., social withdrawal) of psychosis. While antipsychotics target the dopamine system to reduce positive symptoms (e.g., delusions, hallucinations), they are much less effective in managing negative symptoms. Indeed, results from clinical trials suggest that administration of non-steroidal anti-inflammatory drugs (NSAIDs) alongside antipsychotics attenuates a range of psychotic symptoms.

Medical comorbidities related to low-grade inflammation are common to both depression and psychosis; however, future longitudinal studies will be necessary to disentangle the role of these comorbidities in immunopsychiatry.

Low grade systemic inflammation may play role in the pathogenesis of depression and psychosis in some patients. We need more research to understand these mechanisms and to test whether the immune system could be targeted to treat these illnesses in some patients. – Dr. Golam Khandaker

Despite these promising findings, the field of immunopsychiatry still faces several challenges. One key challenge will be determining how closely inflammatory markers in the periphery align with immune functioning in the central nervous system. Dr. Khandaker suggests that researchers, “Examine the relationship between inflammatory markers circulating in peripheral blood and markers of neuroinflammation using, for example, blood and CSF from same patients, healthy controls, and also using neuroimaging techniques.” In addition to this, the field must work to establish causality within the observed associations. “We need longitudinal studies of inflammation, depression and psychosis to exclude reverse causality […], and studies to exclude confounding,” Dr. Khandaker notes. Finally, researchers need to test whether immunopsychiatry research can be useful in the clinic. This will require clinical trials to determine if anti-inflammatory drugs affect depression and psychosis symptoms, as well as their mechanism of action.

Prof Jones discussed the implications of this review, highlighting the opportunities for new treatments. “For instance, Cambridge is leading a joint trial with Oxford funded by the MRC (the SINAPPS-2 trial) treating psychosis with immunotherapy. People who present with a psychotic disorder and who also have antibodies to neurotransmitters, mainly to NMDA receptors, are treated with rituximab and intravenous gamma globulin.” Such treatments could transform the conceptualisation and care of these conditions.

It could be revolutionary; a one off treatment for what has been (mis)taken for a long-term condition. -Prof Peter Jones

Cover image: “all in a day’s work” by Dawn Huczek licensed under CC BY 2.0