Psychosis is a relatively common mental health condition, affecting 2-3% of the population at some point in the lifespan, in which perception and thoughts become altered. However, non-clinical psychotic experiences (PEs) have been reported at even greater rates in the general population. Although PEs are often viewed as a precursor to psychotic illness, individuals who report PEs are more likely to suffer with depression or anxiety than to develop psychotic disorders. In fact, two years ago Dr Jan Stochl and colleagues from the Department of Psychiatry, University of Cambridge published a study in Psychological Medicine showing that PEs, depression and anxiety symptoms are manifestations of a latent continuum of common mental distress.

Despite this, routine treatment for depressive and anxiety disorders does not address PEs, and this may lead to worse outcomes for some patients. For example, depressed patients with PEs have greater symptom severity and an increased risk of self-harm. These patients also show a poorer response to primary care interventions than depressed patients without PEs, yet many do not quite reach the threshold for secondary care. Professor Jesus Perez from the Department of Psychiatry, University of Cambridge described the words of one patient:

I find myself in no-man’s-land when I seek help…; there is no right service for me”.

Therefore, Professor Perez and his colleagues sought to investigate the presence of PEs amongst service users in the Improving Access to Psychological Therapies (IAPT) programme. The researchers went on to examine the impact of PEs on treatment response and recovery. Findings of the study were published in Early Intervention in Psychiatry earlier this year. 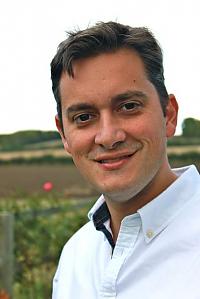 One hundred and seventy-three patients attending the Fenland and Peterborough IAPT services were included in the study. In addition to the depression and anxiety assessment scales used in routine care (the Generalized Anxiety Disorder-7 questionnaire (GAD-7), and the Patient Health Questionnaire (PHQ-9)), patients also completed the shortened Community Assessment of Psychic Experiences (CAPE-P15).

The study found that PEs were indeed present in a population of IAPT service users who originally present with other common mental disorders. A latent class analysis, which is a statistical method used to uncover unobserved subpopulations in the data, revealed that two subtypes of patients were present in the IAPT cohort. One group accounted for approximately 30% of the sample, and the group was distinguished by significantly higher reports of PEs than those in the remaining 70%. Furthermore, higher CAPE-P15 scores were associated with higher levels of depression and anxiety both prior to and after an initial period of therapy, suggesting that PEs could have a negative impact on recovery.

The ease at which the CAPE-P15 was implemented in clinical practice in this study illustrates an effective method of assessment of PEs for these services.  However, an appropriate treatment for this group of patients will still need to be developed. Professor Perez explains: “Evidence-based psychological treatments for PEs, and associated trauma, are already available. However, these treatments are scattered across different clinical settings. If the treatments were assembled into a toolbox for use in IAPT Services, where most people with the condition are seeking help, recovery rates could be improved significantly”.

Future research should be directed towards replicating these results in larger cohorts, and examining new ways to treat PEs within IAPT. This study is part of the developmental work that contributed to an application for a 5-year NIHR Programme Grant led by Professor Jesus Perez and Professor Peter Jones.

Overall, Professor Perez concludes, “Psychotic experiences should not only be viewed as indicating risk or presence of psychotic illness but also as indicators of severity of common mental disorders and, therefore, targets for intervention.” It is hoped that proper assessment of PEs could offer new recovery pathways for a significant proportion of patients who currently struggle to achieve recovery.