People with Down syndrome, a genetic condition caused by additional copy chromosome 21, show physical signs of early aging, such as graying hair, wrinkles and menopause at an unusually young age. They are also much more likely to develop early onset Alzheimer’s disease. This has led scientists to suggest that Down syndrome leads to an acceleration in aging of the body and the brain.

The structure of all of our brains changes as we age. The outer layer of our brain, the cerebral cortex, becomes thinner, and various underlying brain structures reduce in size at different rates. Because these changes are common to all of us, it is possible to accurately estimate a typical person’s age from a scan of their brain. 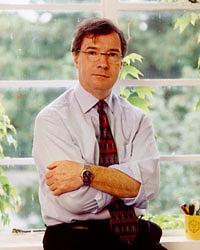 Researchers from the University of Cambridge Department of Psychiatry and collaborators aimed to directly test whether the brains of individuals with Down syndrome age prematurely. To do this, they used an existing computational model, trained using around 2000 brain scans, which accurately predicts brain age from 3D structural MRI scans.

Importantly, the researchers also tested whether individual differences in premature brain aging are related to individual differences in cognitive skill and signs of Alzheimer’s disease. Participants completed a set of cognitive tests, had a clinical assessment of dementia and underwent a positron emission tomography (PET) scan to measure signs of beta-amyloid protein build up in the brain–a probable early brain marker for Alzheimer’s disease.

The researchers speculate that beta-amyloid build up may be the underlying cause of more rapid structural brain aging and cognitive decline, which eventually leads to Alzheimer’s disease. Future longitudinal studies could determine whether brain age estimation is useful for predicting future health outcomes, such as cognitive decline and Alzheimer’s disease in this population.

Professor Tony Holland, senior author on the paper published earlier this year, said, “Neuroimaging studies such as these are allowing us to better understand the brain mechanisms that may explain the high risk for Alzheimer’s disease in people with Down syndrome and ultimately how it might be prevented”.