Autism is a common condition that affects the way in which individuals interact with others and the world around them. Autistic individuals often have difficulties with social communication, cognitive empathy (or recognising other people’s mental states), and coping with unexpected change. They also show unusually narrow interests (clinically termed ‘obsessions’), prefer repetition or predictability, and many have sensory hyper-sensitivity. Approximately 700 000 people in the UK are autistic, and diagnostic manuals label these individuals as suffering with “Autism Spectrum Disorder”.

There is a debate over the use of the term “disorder” when describing people with autism. While the clinical diagnosis is intended to increase access to support, the term ‘disorder’ carries the risk of stigmatisation. It affects the way in which society regards these individuals, and it could be affecting the way in which researchers investigate the condition. Professor Simon Baron-Cohen from the University of Cambridge discusses the use and suitability of this term for autism in a recent article, arguing that perhaps a new perspective is required to drive forward our understanding of this condition. The editorial was published earlier this year in the Journal of Child Psychology and Psychiatry, and it describes the advantages of the “neurodiversity” framework in understanding autism, while recognising autism as a disability. 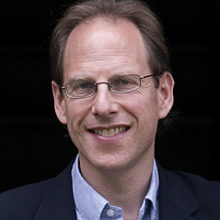 Neurodiversity is a relatively new concept, but it relates to the notion of biodiversity. Biodiversity describes the variety of living organisms in the many natural environments on Earth. A desert, for example, is one of many types of diverse environments on our planet. Similarly, a neurodiversity perspective would describe autism as an example of one of the many variations of brains in our population, rather than assuming that there is a single “normal brain”.

Baron-Cohen argues that the term ‘disorder’  implies that processes in cognition or biology are malfunctioning. He discusses the current scientific evidence that he argues falls short of finding clear-cut support for this term in autism. For example, structural brain imaging studies have not reported evidence of neuropathology per se, but rather variation in regional brain volumes. This is evidence of ‘difference’ but not ‘disorder’. In line with this, interpretation of reduced functional activity in the autistic brain under certain cognitive tasks remains mixed. Reductions in brain activity could represent either a ‘biomarker’ of difficulties or a more efficient pattern of neural activity. Again, a more neutral interpretation of such results is that they are an index of difference but not necessarily disorder.

Baron-Cohen argues that “disorder” is commonly interpreted as indicating a maladaptive or disadvantageous state. However, at a cognitive level, autistic individuals have been shown to perform significantly better on some cognitive tasks when compared to non-autistic individuals. An example is tests of attention to detail, in which autistic people are faster and more accurate. Baron-Cohen argues that the term disorder should only be used, “when the condition is wholly negative- the condition causes suffering with nothing positive about it.” He explains, “in the case of autism […] some people with autism show talents or simply different forms of perception, or different preferences, neither of which cause suffering.” This is not to discount the term “disorder” when used to describe particular symptoms which are solely negative (for instance, epilepsy, which is found in a subgroup of people with autism).

From a research perspective, approaching autism within a neurodiversity framework could encourage scientists to move away from a search for pathology, and instead lead them to look for strengths as well as weaknesses. Describing people with autism in terms of their position on a spectrum of variation in the population could also lead to new insights into the aetiology of the condition.

However, Baron-Cohen is clear that whilst he prefers the term ‘condition’ over ‘disorder’ to describe autism, he thinks that autism should be understood both in terms of the neurodiversity framework and as a disability. If autistic people can’t cope in busy, rapidly changing environments, confusing social expectations, and they experience high levels of stress when they have to socialise or multi-task, this can manifest as disability. In this case, the diagnosis should help them access support.

The neurodiversity framework can remind us that some of this disability may disappear if the person is in an environment in which their kind of brain is a good fit. A quiet, unchanging environment, where the person can do one thing at a time, in as much depth as they wish, repetitively. For example, the world of mathematics, music, or playing with their Lego bricks alone, far away from the hustle and bustle of the playground.

One benefit of the neurodiversity framework may be in terms of destigmatising conditions like autism. The term “disorder” risks stigmatising the individual, but the term “difference” has no value judgement. People with autism have a mix of difference, disability and sometimes disorder, but we need to carefully apply these terms to the relevant symptoms or characteristics, rather than labelling the whole of autism as necessarily a disorder.”

Cover image “The eleventh hour” by  Alexas_Fotos licensed under CC0 1.0