On 10th November, the Society for Neuroscience, in partnership with the Waletzky Award Prize Fund and the Waletzky family, presented the Jacob P. Waletzky award to co-recipients Dr Karen Ersche, Senior Lecturer in the Department of Psychiatry at Cambridge, and Dr Garret Stuber, Associate Professor at the University of North Carolina at Chapel Hill. Ersche and Stuber received the award while attending the annual Society for Neuroscience conference in Washington, DC. The honour has been presented annually since 2003, awarding $25,000 to a mid-career scientist within 15 years of her or his PhD or MD degree. Critically, recipients will have conducted ground-breaking conceptual or empirical research on the drivers of drug addiction, making the Waletzky Award one of the highest honours in the field.

Patients have always been at the heart of my research, driving me to enhance the development of successful interventions for this highly stigmatised disorder for which successful treatments have yet to be established. – Dr Karen Ersche

Regarded as a leader in the addiction field, Ersche found her niche studying the aetiology and treatment of drug addiction, particularly cocaine addiction. By using a combination of approaches, including neuroimaging, neuropsychological tests and pharmacological interventions, she investigates how the neurobiological substrates of addiction disrupt behaviour and cognitive function. Her work also addresses fundamental questions pertaining to the development of addiction, such as: Why do some people become addicted to drugs whereas others, even those who take them, do not? She also aims to disentangle whether the brain abnormalities seen in drug-dependent individuals are caused by long-term drug abuse or if these abnormalities existed before they started using drugs, potentially predisposing them to the development of addiction. 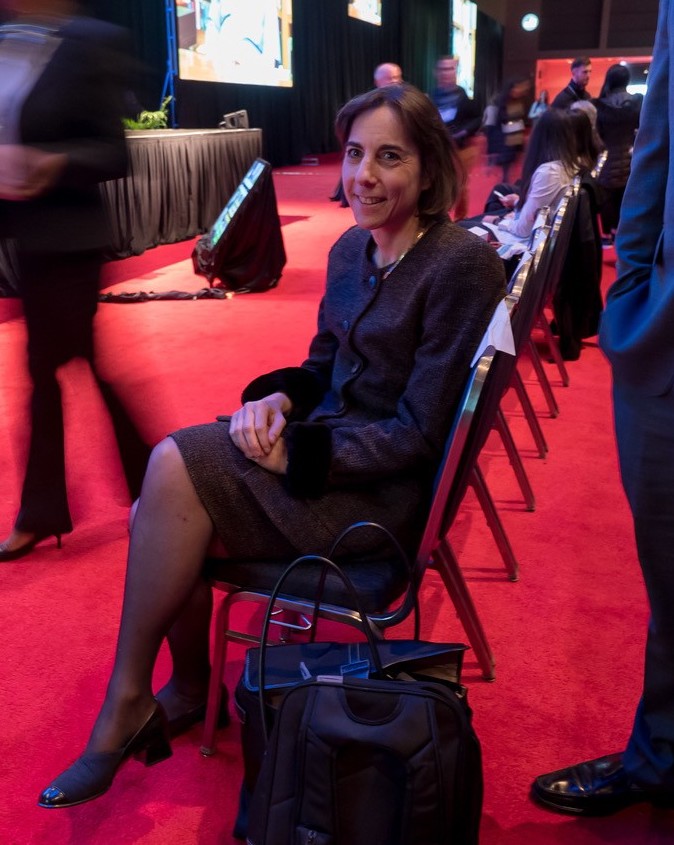 Karen Ersche, Dept of Psychiatry, awaits her award at the Society for Neuroscience conference in Washington, DC

However, while many researchers focus solely on the aetiology of a certain disease, Ersche pushes a step beyond, using her neurocognitive findings to inform clinical treatment.

In a recent study published in Science, Ersche and colleagues provided novel insight into why cocaine addiction is so particularly difficult to treat. They showed that cocaine-addicted individuals are motivated to take action by reward, but not by the prospect of avoiding adversity. They also demonstrated that when goal-directed actions are positively reinforced, and are therefore repeated, cocaine-addicted individuals readily transition into an automatic response mode that renders them insensitive to the consequences of their actions. Their poor executive control abilities, together with little motivation to prevent negative consequences, increases the risk of habitual behaviour spiralling out of control and becoming compulsive. This may explain why cocaine-addicted individuals frequently continue responding even when their actions no longer make sense or when facing adversity.

For Ersche, the unique origins of the Waletzky Award reinforce her commitment to developing effective interventions for those affected by drug addiction:

My enthusiasm for drug addiction research is rooted in the opportunity that science offers to make a difference to the lives of people affected by addiction, and so it makes me very proud to receive this award from the Waletzkys in memory of their son Jacob Waletzky, who tragically died in 2001 from cocaine-induced arrhythmia. Patients have always been at the heart of my research, driving me to enhance the development of successful interventions for this highly stigmatised disorder for which successful treatments have yet to be established. An award such as this makes a real difference to researchers such as myself in our striving to reach this goal.’

Congratulations, Karen, on this great honour!