It is well documented that childhood maltreatment negatively affects child development across a range of domains, including behaviour, social interaction, emotion, cognition and language. In the case of language, input from the maltreating parent is often less responsive, less active and more aversive than those who have not suffered maltreatment, and thus maltreated children are in a less promising linguistic environment in which to thrive. Consequently, childhood maltreatment is often associated with a range of deficits, including reductions in overall vocabulary, production of syntactic structures and use of expressive language. 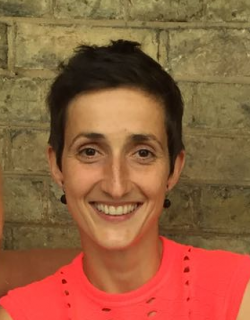 Dr Franziska Knolle of the Dept of Psychiatry, first author

However, children are incredibly adept at adjusting to their environments, and they often develop unique coping strategies. For example, despite a reduced use in expressive language, their ability to understand expressive language and respond appropriately remains intact, regardless of maltreatment experience. This resilience in children led Dr Franziska Knolle, from the Department of Psychiatry, University of Cambridge and her colleagues at Michigan State University and Harvard Medical School, to question whether what we observe in maltreated children’s language ability is actually a deficit, or whether it represents a difference in development elicited from their experience. The article was published earlier this year in the Journal of Child and Family Studies.

To test this hypothesis, the team recruited 32 maltreated children and 32 controls, matched on gender, age and socio-economic status. Spontaneous speech during therapeutic peer-play was recorded to investigate a number of general language development measures (such as lexical diversity and mean length of utterance), as well as a number of grammatical language skills (such as the use of plurals, tense, auxiliaries and grammatical negation). Maltreatment status was confirmed by child protection reports, as all children were participating in a therapeutic preschool program aimed to promote social development.

Contrary to a lot of the literature, the study did not find any evidence of a language deficit in maltreated children. Instead, maltreated children only differed from non-maltreated peers in their markedly increased use of grammatical negations during spontaneous speech. Negation is a grammatical construction that turns an affirmative statement into its opposite, by a contradiction of all or part of the sentence. It typically involves the use of negative prefixes like “un-” or affixes such as “-less” or negative words like “not”. Negation requires a complex set of language skills, which challenges the claims of language deficits in maltreated children.

Dr Knolle believes that these findings suggest the early development of a negativity bias, which aligns with the literature on emotion processing in maltreated children. “Individual negative experiences become reflected in their language use, and these maltreated children become extremely competent in using sophisticated language skills in this way at a very early age”. It highlights the impact maltreatment can have; to affect the subtle structure of a child’s language could be providing a gateway for the development of negative self-perceptions and depressive symptoms later in life.

Consequently, Dr Knolle explains that these findings could have important therapeutic applications. “Knowing about an early negativity bias in language could be extremely helpful for developing new approaches implemented in CBT. For example, giving them tools to use positive descriptions about themselves and their environment might help them to implement positive feelings about themselves”.

The findings require replication in larger samples, and investigation of the subtle differences between types of maltreatment may further this research. Nevertheless, the study provides interesting insight into language development in maltreated children and that positive shaping of language structure may offer a novel therapeutic tool for combating negativity biases.