Steroid hormones—which include androgens, oestrogens, progestogens, and glucocorticoids—have a variety of important functions in the brain. Moreover, dysfunction of steroid hormone systems has been implicated in various psychiatric conditions, including Alzheimer’s disease, schizophrenia, and autism spectrum conditions. Understanding the role of hormones in brain development is thus a subject of intense research interest, yet ethical considerations have made research using human brain tissue very challenging.

However, recent advances in stem cell biology have made studies of native human brain tissue more feasible than ever before. The “brain in a dish” approach, and its implications for hormone research, is reviewed in a new paper by Dwaipayan (Deep) Adhya, a researcher in Cambridge’s Department of Psychiatry, and his colleagues at the University of Cambridge and University College London. The review has been accepted for publication in the Journal of Neuroendocrinology. 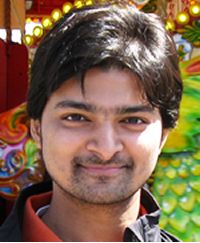 The review begins with an overview of known effects of steroid hormones in the brain, including roles in sexual differentiation, cognition and memory, and neuroprotection and neuroenhancement. Based on the known functions of steroid hormones, oestrogens and progesterone are highlighted as being of potential therapeutic value. For example, prior research has found that administration of 17β-estradiol has positive effects on well-being and cognition in individuals with schizophrenia, and administration of progesterone reduces depression-like symptoms in a rodent model of Parkinson’s disease.

A brief history of the “brain in a dish” approach is then provided, including the discovery of induced pluripotent stem cells (iPSCs) and the decade of work required to differentiate the stem cells into specific neuron types. As it is not always clear how findings from animal models will translate to humans, especially clinically-relevant findings, the ability to address research questions using living human tissue offers many advantages. Researchers using iPSCs, which are generated from human cells, are now able to study interactions of steroids with human gene products, human steroid signalling mechanisms, and neuronal types unique to humans. Nonetheless, in the review—and in conversation—Adhya acknowledges that this method is not without challenges:

“The iPSC method is also very novel and still under development so experiments can yield heterogeneous results, and lots of troubleshooting needs to be done on the way, which takes a lot of time and effort. It is also difficult to achieve high sample size because iPSCs take a long time to mature into fully developed neurons (just as in our own brain during gestation and after birth), and costs for undertaking such experiments are also high which further limits how much we can achieve within a given time and grant. However, I feel technical aspects of the methods are being addressed and costs for experimentation will come down considerably as the methods mature.”

The review concludes with a discussion of future applications of iPSCs in hormone research. When asked about his future research plans involving iPSCs, and the research questions he hopes to address, Adhya was enthusiastic about their potential for studying autism:

“Future research using iPSCs include looking at 3D brain development in autism in collaboration with Dr Madeline Lancaster at MRC-LMB, Dr Mark Kotter at LRM, and Dr Deepak Srivastava at King’s College, London. We are also looking at one important gene associated with autism, NRXN1 (neurexin 1) in an international collaboration between us, KCL and UPenn.”

Adhya also notes that the first empirical paper from his research group using iPSCs is forthcoming.