Depression is a leading cause of disability worldwide, particularly amongst adolescents. While many teens with depression benefit from psychotherapy, such as cognitive-behavioural therapy (CBT), up to one in four adolescents will still suffer with depressive symptoms following these interventions. Therefore, researchers have sought to identify characteristics, or markers, which can predict an individual’s response to a particular treatment.

For example, a previous longitudinal study of over 500 depressed adults reported significant differences in the symptom networks of those whose symptoms remitted over time versus those with persistent depression. Using network analysis, van Borkulo and colleagues found that, when depressive symptoms were weakly correlated in a less-connected network, they were more likely to improve over time. The team suggested that less-connected networks could prevent some symptoms, such as sadness and guilt, from easily activating other symptoms like suicidal ideation. 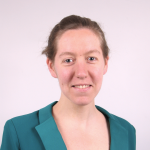 Given the potential clinical relevance of van Borkulo et al.’s findings, researchers in the Department of Psychiatry at Cambridge completed a conceptual replication of the network analysis in a separate, adolescent cohort. Led by Dr Lizanne Schweren, the researchers investigated differences in depressive symptom networks of good and poor responders in the Improving Mood with Psychoanalytic Psychotherapy and Cognitive Behaviour Therapy (IMPACT) trial cohort.

Treatment response was assessed using a self-report measure of depression, which was administered at baseline and at regular intervals up to twelve months following treatment. Within the trial, 233 adolescents were classified as ‘responders,’ leaving 232 volunteers in the ‘poor responder’ group.

Findings, published in JAMA Psychiatry this month, indicated that the connectedness of depressive symptoms did not differ significantly between poor and good responders. Dr Schweren explains why they might have found contrasting results from Borkulo and colleagues:

“The difference may be explained by the relatively short illness duration of our participants compared to those in the previous study. It may be that networks become denser as a consequence of longer illness duration or recurrent episodes. These characteristics are known to be associated with poorer prognosis. In our young sample, these factors are of less importance. Sharing my non-replication findings with the authors of the original paper resulted in a very positive collaboration with them and ultimately this high-impact publication. For me, this is what good science is all about.”

Network density may predict who is at risk of depression rather than who will respond to treatment. Senior author on the paper, Professor and OBE Ian Goodyer, commented on the result:

The finding suggests that, in this age range, network patterns are not formed by current illness and therefore not sensitive to treatment effects. Network patterns may rather be a population-based behavioural marker for identifying at-risk populations.

The differing results from the two studies show the challenges of translating network analysis results across developmental periods and different longitudinal designs. Dr Schweren concluded: “A clinical implication is that for adolescents with depression, we need to keep looking for predictors of treatment response because network characteristics do not seem to provide that information. However, we also need to test whether our findings hold based on individual network estimations.”