More often than not, media and society portray psychoactive substances in a negative light. We’re constantly reminded of the dangers of drug addiction, as well as the problems that can arise from recreational drug use. Even drugs that are used for medical purposes, like paracetamol or ibuprofen, are prescribed with warnings of potential side effects and encouragement to keep usage to a minimum. Nonetheless, the use of psychoactive substances has both risks and benefits.
Cognitive-enhancing drugs have been shown to treat symptoms in disorders like ADHD, and recent interest in the therapeutic effects of ketamine and LSD suggests a potentially wider application for other patient groups. However, the use of psychoactive substance by healthy people for ‘lifestyle’ rather than medical reasons poses new safety, ethical and legal concerns
A recent review paper by Camilla d’Angelo, Dr George Savulich and Professor Barbara Sahakian discussed the changing landscape of lifestyle drug use by healthy people, focusing on recent issues surrounding the use of substances not only for cognitive enhancement but also for pleasure and creativity. Their review, published in the British Journal of Pharmacology, described both the growing trends in psychoactive substance use to facilitate daily and work-based activities, as well as the rise in novel psychoactive substances used recreationally. The authors suggest that these two recent changes warrant a push towards better understanding of the short- and long-term impacts of substance use.
The review paper was divided into two sections that focused on these emerging topics. In the first section, the authors summarise some of the figures that point toward a recent, significant rise in the use of drugs for cognitive enhancement. It seems that more and more of us are turning to cognitive-enhancing drugs to help us to focus on work and carry out tasks in a more optimal, efficient way. Indeed, there is now good evidence to suggest that such substances can have modest beneficial effects, including improved attention in sleep-deprived workers. The authors raise several ethical concerns about the use of drugs for cognitive enhancement. Many of these issues stem from the idea of fairness in society and whether those who use such substances gain an unfair advantage over those who choose not to. Indeed, some universities have put forth policies to ban the use of cognitively enhancing substances, stating that such use constitutes a form of cheating.

The second half of the paper examined the increasingly prevalent group of novel psychoactive substances (NPSs), describing the different types of substances classified as novel, their effects and their potential dangers. While there is little research on the effects of novel recreational drugs, preliminary work suggests that there are significant risks attached. For example, because many of these drugs are synthetic, a small amount of the substance may have a significantly higher dose than the same amount of traditional recreational drugs. This would likely lead to higher rates of emergency medical treatments in response to accidental overdoses. 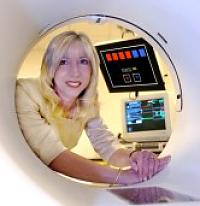 Moreover, the use of novel psychoactive substances for recreational use has also been on the rise. NPSs often mimic the effects of more traditional recreational drugs, such as cannabis or MDMA, but they differ slightly in their chemical make-up, which allowed them to bypass previous drug legislation. Indeed, the dramatic rise of NPS use and their potential dangers has led to the introduction of new laws in the UK. Under the Psychoactive Substances Act, it is illegal to distribute any substance that “affects the person’s mental functioning or emotional state […] by stimulating or depressing the person’s central nervous system”. This recent change in the legality of NPSs is also likely to change the motivation of those who use them.
The authors conclude their piece by exploring the overlap between these two classes of psychoactive substances, suggesting that similar motivations, specifically a desire to alter cognition, underly the use of substances for recreation and cognitive enhancement. They emphasise the lack of empirical evidence detailing the effects and risks of NPSs due to the relatively short time that they have been used for recreational use.
Professor Sahakian, who oversaw the writing of this publication, commented:

Many people have a desire to enhance their creativity and productivity, in order to achieve great thoughts or produce novel inventions. There are also pressures in a competitive world to take a pill to help achieve more, better and faster. The increasing lifestyle use of cognitive enhancing drugs raises both safety concerns as well as ethical issues, including coercion and increasing disparity in society. As a society, we need to consider which forms of cognitive enhancement (eg. pharmacological, exercise, lifelong learning) are acceptable and for which groups (eg. military, doctors), under what conditions (eg. work, shift work) and by what methods we would wish to improve and flourish.