In an ambiguous world, what we perceive is likely “our brain’s best guess” of the environment. Our brain constantly tunes our perceptions and beliefs, balancing our pre-existing knowledge, which we gain through our own experiences, with the reliability of the present sensory information. However “the way that we use prior knowledge to make those guesses is actually quite variable across individuals”, explains Dr Daniel Davies, of the Department of Psychiatry, University of Cambridge. It is this variation that researchers believe could explain the existence of psychotic experiences, such as delusions and hallucinations. A strong but inaccurate bias toward believing our prior knowledge above situational reality may, in the extreme, cause an individual to perceive something as real, even without sensory input.

This impact of prior knowledge on perception is most easily illustrated with two-tone images, like the one you see below. As you can see, without any prior information the image is indistinguishable. However, Dr Davies explains that once you view the unfiltered image, suddenly the two-tone image becomes strikingly meaningful: “People can then see the embedded figures of animals and people where they couldn’t before, despite the sensory input being identical; all that has changed is prior knowledge”. 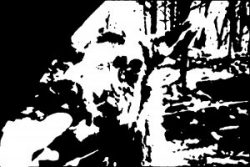 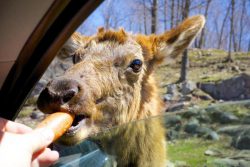 In their recent publication in Schizophrenia Bulletin, Dr Davies and his colleagues from the University of Cambridge and Cardiff University used this two-tone image paradigm to investigate how perception was affected by different types of prior knowledge, in healthy individuals who experience these psychotic-like phenomena. The authors presented individuals with two-tone images, and they manipulated the type of prior knowledge that participants received about the image. In one condition, prior information aided perception of the overall image gist, but in the second condition, prior information aided the perception of fine details within the image. Moreover, participants were given questionnaires to assess their proneness to hallucinations and delusions. “We reasoned that a strong but inaccurate influence of prior knowledge would mean better ability to get the image gist but poorer ability to see their fine details”, explains Dr Davies. 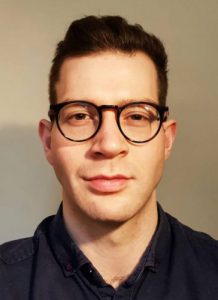 The most striking finding of the study was that perception of image details appeared to vary with type of psychotic experiences. While individuals prone to hallucinations were better at seeing the image gist, their ability to see fine details was unimpaired. Only individuals prone to delusions showed a disadvantage in their perception of fine details.

The authors suggest that these findings could lend insight into the origins of the high degree of variability in psychotic experiences. One possibility could be a bias of the visual system toward different types of prior knowledge. For example, people who experience hallucinations may preferentially use the perceptual details of prior experiences to explain ambiguous situations, and this tendency could erroneously give rise to altered sensory perceptions. In contrast, people with unusual beliefs may rely on more abstract details from prior experiences to explain ambiguity in the present. “In everyday life,” Dr Davies explains, “this subtle effect might have lots of consequences and make you more likely to develop unusual beliefs. For example, it may be harder to pick up on social cues like slight changes in people’s facial expressions or vocal intonations. This could make you mistake their intentions or emotions and perhaps make their actions seem strange or confusing. If that happened frequently, you might wonder whether they were trustworthy and start to have paranoid ideas.”