Dr Elijah Mak has been recognised by the Alzheimer’s Society, the leading dementia charity in the UK, for his outstanding contributions to dementia research. Last week, Mak received the charity’s Rising Star in Dementia Research award for his doctoral research, which explored the utility of magnetic resonance imaging (MRI) in the search for biomarkers of dementia.

‘I am very pleased and honoured to receive this award, which aims to recognise early-career researchers who have made significant progress to our understanding of dementia as well as showing the potential for future contributions in the field. Indeed, I am grateful to the Alzheimer’s Society for this token of recognition,’ Mak stated. 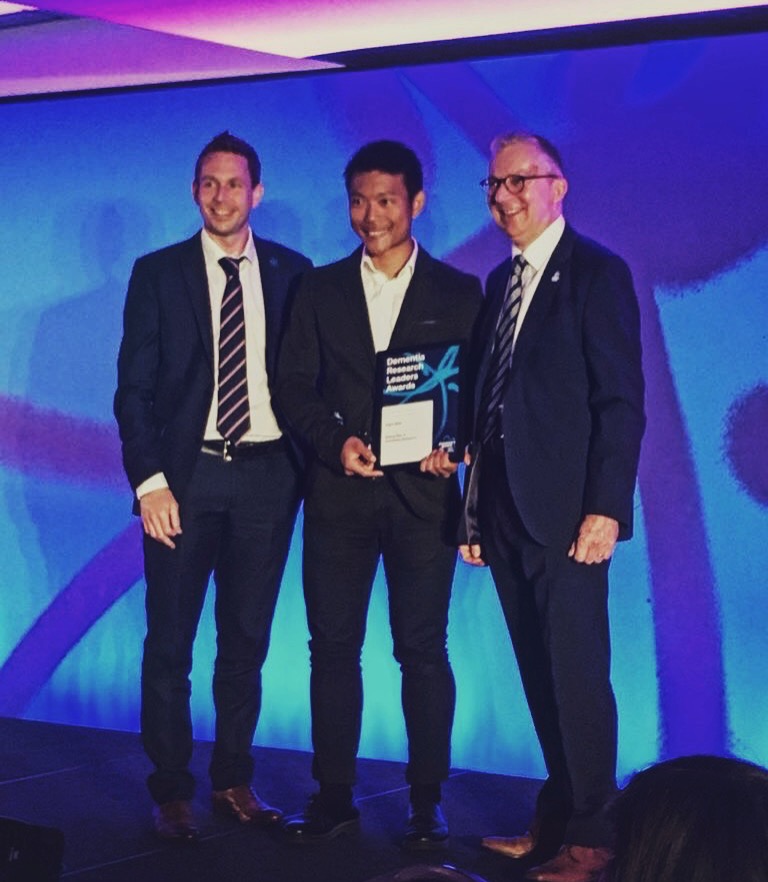 As a PhD student and Gates Cambridge Scholar, Mak used structural imaging to examine grey and white matter integrity in patients with dementia, as well as related conditions like Alzheimer’s, Parkinson’s and Lewy body diseases. ‘The broad theme of my work has mostly been focused on identifying imaging biomarkers to help improve the timeliness and accuracy of diagnosis in dementia, as well as to facilitate disease-monitoring of treatment outcomes in future clinical trials especially in the early phases of disease,’ Mak stated. He now holds a Research Associate post in the Old Age Psychiatry Group and a Visiting Researcher position in the Cambridge Intellectual and Developmental Disabilities Research Group with Professors John O’Brien and Tony Hollands, respectively.

While much of Mak’s previous work has focussed on gross structural changes, such as thinning of the outer layer of the brain (i.e, the cortex) or atrophy of brain structures central to dementia (e.g., the hippocampus), he plans to leverage new brain imaging techniques in his upcoming research: ‘Moving forward, I will be leading a NIHR-BRC funded pilot study of neurite abnormalities in dementia, using the state-of-the-art “Neurite Orientation Dispersion and Density Imaging” (NODDI) MRI scan alongside PET imaging of amyloid plaques and tau tangles. Exciting times!‘ These techniques will be critical in advancing understanding of how microstructural changes, like dendritic shape or plaque formation, relate to the onset and course of dementia in patients.

At Alzheimer’s Society, we were delighted to award Elijah the ‘Rising star award’ following unanimous support from the panel.

We’d like to praise Elijah for his commitment and phenomenal achievements so early on in his research career. We wish him all the best for his future career and look forward to continuing to work with Elijah to ensure his research has the greatest impact for people affected by dementia.’