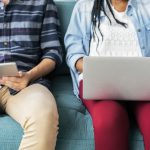 Rolling out change for better behaviours with the Naked Scientists podcast Whether it’s one or one million people, changing behaviour—it seems—is no easy thing. And adding mental health problems into the mix presents further challenges. Barbara Sahakian is a cognitive neuroscientist at the University of Cambridge, who’s interested in improving cognition and motivation in people […]