England is the world’s top performing region in terms of expertise in dementia with Lewy bodies, according to new data analysis published by Expertscape – a website which objectively ranks people and institutions by their expertise across more than 26,000 biomedical topics. 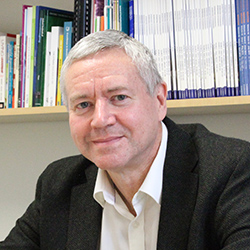 The Expertscape review also named our very own Professor John O’Brien, NIHR Clinical Research Network National Specialty Lead for Dementias as the world’s leading expert on dementia with Lewy bodies (DLB), based on a review of nearly 2,000 peer-reviewed papers published since 2008 – of which Professor O’Brien wrote or contributed to 86.

The data from Expertscape also shows that worldwide, London is the city contributing most into this disease area, followed by Newcastle in second place, and Cambridge in fifth. Newcastle University was also rated as the top performing academic institution in terms of DLB expertise.

“Obviously I am delighted by this news, which reflects the hard work of study teams and collaborators in Newcastle and Cambridge with whom I have had the pleasure of working with over the last 10 years. The fact that my colleagues Clive Ballard (Exeter) and Dag Aarsland (King’s College London) also make up the top three, with England listed top country worldwide, is a testament to the real excellence of Lewy body dementia research here in the UK.

We will continue to build on this, and I am very grateful to all our funders, including NIHR who funded the recent DIAMOND-Lewy Programme, and to the NIHR Clinical Research Network’s Dementias and Neurodegeneration specialty – who play a pivotal role in successfully delivering all our studies.”

He has research interests in the application of imaging biomarkers in dementia and late-life depression and has particular expertise in Lewy body and vascular dementias.

Over his career, he has published over 500 peer-reviewed scientific papers on these topics and is a National Institute for Health Research (NIHR) Emeritus Senior Investigator.

The NIHR supports research into all areas of dementias and neurodegenerative disease. In 2018/19, the NIHR’s Clinical Research Network supported the delivery of 24 clinical research studies on DLB – recruiting 5,793 patients, with the DIAMOND-Lewy study contributing significantly to the total recruitment.

Find out more about our specialty