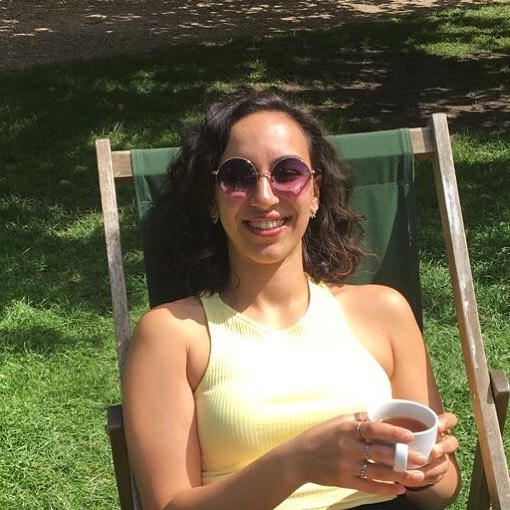 Can you give us a short background into what your PhD/MPhil was about?

Autism is often referred to as an enigma because of its complexity and unidentified causes. Although signs often only appear by the age of two, autism starts in the womb. Most people don’t receive their diagnosis until later in childhood, teens, or even adulthood. In order to figure out how this condition changes early brain development, we need a live model system.

In 2012, scientists developed a Nobel Prize-winning method to reprogram adult somatic cells (hair, skin or blood) back into an embryonic-like state (induced pluripotent stem cells or iPSC for short); these iPSCs can then be differentiated into any other cell type (e.g., neurons). This means that scientists can take a hair sample from an autistic person and, from that, grow autistic brain cells in a dish – a useful live model system to study autism during early brain development. In my PhD, I rely on this technology to derive neurons from autistic people and typical controls. I then perform experimental investigations on these neurons to identify the cellular pathways involved in autism.

In my research, I have benefited from another Nobel Prize-winning technology known as CRISPR-Cas9 that allowed me to genetically modify those iPSC lines and incorporate a mutation in NRXN1, a gene that has been associated with autism. This means that not only did I get to investigate the cellular and molecular pathways involved in neurons derived from an autistic person, I also induced a genetic mutation in an autism candidate gene to identify its role in the development of morphological, molecular and functional phenotypes associated with autism during early brain development.

In my PhD, I investigated the molecular, morphological and functional changes caused by 1) induced mutations in CRISPR-edited cell lines; and 2) iPSCs derived from autistic individuals with NRXN1 mutations. The mutations in the CRISPR-edited and the patient-derived lines showed disrupted neurite outgrowth to varying degrees. Moreover, RNA-Seq analysis revealed notable transcriptional effects such as the upregulation of genes enriched for cell adhesion biological functions and chemical synaptic transmission pathways. The functional investigations using calcium imaging and multielectrode array showed a hypersynchronous activity of the neurons in the autism and CRISPR-edited lines, which is a novel phenotype that has not been previously associated with NRXN1 and can be described as an epileptic-like activity.

Taken together, this work demonstrated the validity of the system to model autistic neurodevelopmental profiles. Moreover, the data contribute to our overall understanding of how NRXN1, an autism candidate gene, may contribute to the aetiology of autism and demonstrates the complexity of its effects.

I was born and raised in Egypt where mental health and neuropsychiatric conditions (including autism) suffer from a lack of awareness and scarcity of services and support. When my cousin was diagnosed, it ignited my interest and passion to learn about autism which became my window to his world. After I finished my BSc and MSc degrees in biotechnology, I was determined to apply my molecular genetics skills to study the neurobiology of autism and promote awareness about autism in my country and abroad.

The PhD can definitely be described as an emotional roller coaster with lots of ups and downs. The good days are the days where a new protocol/experiment works but the best ones are when I observed a novel unexpected phenotype in my calcium imaging experiments.

What was your worst day during your PhD?

The worst day was when I lost three-month-old cultures due to my colleague’s contaminated plates that were placed next to mine in the incubator.

Do you have any words of advice for future PhD/MPhil students in Psychiatry?

My advice to future students is to make sure they benefit from the whole experience. Getting involved in various societies and activities widens your set of skills and broaden your horizons and definitely helps you to think out of the box and relieves a lot of the stress that comes along with the long hours of lab work during the PhD. I consider myself very lucky to have been studying in an intellectually challenging environment. Organizing and attending talks and panel discussions about topics in and out of my area of research was definitely an added value to my PhD experience. Getting involved in different activities and taking different roles during the course of my studies expanded my network and opportunities.

My ultimate goal is to have a real impact on the autistic community, and I hope to do so both on an academic and a social level. I hope to carry on my research looking into autism early brain atypical development using stem cell models and take on a more active role in advocacy and awareness about autism inclusion policies.