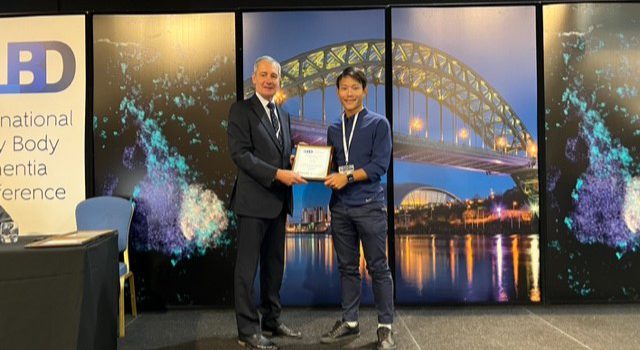 Elijah is a post-doctoral researcher investigating the interplay between distinct pathological processes (e.g. amyloid burden and cortical thinning) and how they map onto clinical impairment in Down’s Syndrome.

Specifically, in the use of multivariate approaches to delineate the spatially-distributed relationships between components of amyloid burden and patterns of grey matter atrophy.

In addition, he uses network mapping techniques and graph theory to investigate the extent to which the connectional architecture of structural networks predicts the topography of amyloid deposition in Down’s syndrome.

Keep up with Elijah and his research on Twitter @DrElijahMak

At the same event Peter Swann won the best poster award for his poster entitled: