Adisa Broadhurst, our Education Supervisor and Wellbeing Advocate shares her experience as a refugee escaping Yugoslavia and coming to Cambridge 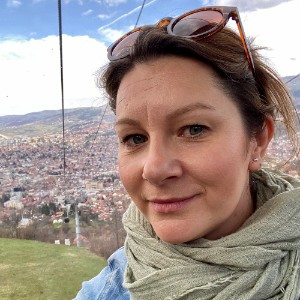 “The year was 1992. Exactly 30 years ago. Overnight, my world was turned upside-down.

The country that I was born in, Yugoslavia, was literally falling apart.

One day I was living a carefree childhood, going to school and playing with my friends, and the next, uniformed men and guns were everywhere.

For a few months leading up to that April, there seemed to be a lot of tension in the air and I remember my father constantly watching political programmes on tv.

All of a sudden, everyone was talking about war. Although Croatia, situated next to Bosnia, was already war-ridden, the adults around me said that there was no way that it would ever come to Bosnia, where we all loved and respected each other.

Some of our extended family left but my father said that we would stay as we hadn’t done anything wrong and therefore we would be ok.

I was 11 years old and didn’t in any way grasp the magnitude of what was happening. I wrote in my diary how everything would be ok because the soldiers were there to protect us. How wrong we were…

Our local radio station was very sternly supplying constant updates and instructions on what was happening and what people were to do.

They ordered people of certain ethnic backgrounds to wear white armbands when leaving their homes and to display white sheets on their windows to declare that they were surrendering.

We started hearing about people being killed and taken to concentration camps. Houses in the villages around us were burning every night.

The town of Prijedor, where I lived, was situated in a valley and therefore surrounded by villages on the hills that looked down on us. We lived on the 8th floor of an apartment block and my father and a Professor neighbour of ours would sit on the balcony at night, watching the little flickering flames on those surrounding hills.

They knew that people from those burning villages were running through forests to try and escape and being killed in huge numbers. They both must have also known that the flames were getting closer and closer to us. Soon after, the soldiers I wrote about in my diary, the ones that I had hoped would protect us, came and took our neighbour to one of those concentration camps (Omarska).

Very sadly he was killed there by an ex-student of his and his body was then dumped in one of the many mass graves around the town. 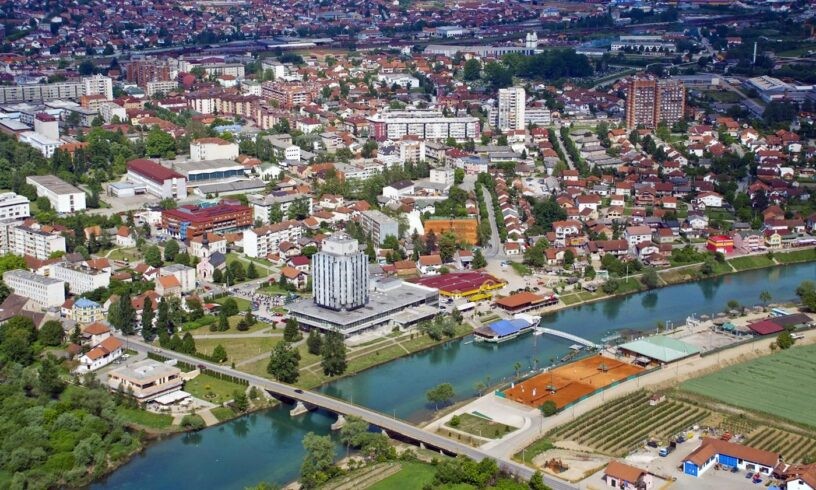 Eventually, they took my father too. One of the young men that took him was the son of our friends.
My father used to play with him when he was a little boy, some 20 years earlier.

Omarska was an iron ore mining complex where my father had worked in a wet lab when he was younger. It was now hell on earth, where people were killed, starved and tortured on a daily basis, and women were raped by their former colleagues. Word was spreading in the West about the multiple concentration camps around Prijedor and soon the wonderful and courageous Ed Vulliamy (The Guardian) and PennyMarshall (ITV news) made the trip to Bosnia and managed to get into some of the camps.

They didn’t see the worst of it however, videos and images of emaciated and terrified men were shown around the world. This is when the International Red Cross intervened and soon after, at the end of 1992, the surviving concentration camp prisoners, including my father, were finally released. He was so starved over those 5 months that he had dropped from around 80kg to around 45kg.

He was alive but I think that half of him died in that camp. Before we knew it, my father was in Cambridge, as part of one of the first groups of refugees that the UK had agreed to accept. My sister and I managed to escape in the middle of the night in early 1993 and joined my father in Cambridge soon after.

When we first came to the UK as refugees, everyone said that it would only be for 6 months, until the war stopped and we could all go back. People were so welcoming and kind to us and I am eternally grateful for the opportunities that I have been given in what I now see as my second life.

As I was so young, I saw it all as an adventure and quickly made friends and got on with living my life. I wanted to fit in and managed to put the war and Bosnia behind me, subconsciously. I had no idea at the time how what happened in 1992 would affect me long-term. Sadly the war continued for three more years.

Many more innocent people lost their lives and of course, there was the Srebrenica genocide in 1995.  By the time the Dayton peace agreement was finally signed in November 1995, I was completing my secondary education and there was nowhere to go back to as the country had been carved up and ethnically divided.

If we went back it would have meant living alongside the same people that almost killed my father, who now walked around free as war ‘heroes’. This was out of the question and of course we stayed here.

Looking back now, I didn’t appreciate just how difficult this was for my father, who learnt
German at school and spoke not a word of English when we arrived. His qualifications were not
accepted here so he was unable to work. He was deeply traumatised and depressed by his
experiences. How could he not be? He had literally lost everything.

In recent years, I noticed that the effects of trauma of my early life experiences were becoming more prominent. I was becoming more anxious and often feared the worst.

You could say that catastrophizing was my go-to reaction in all sorts of situations. Last summer, I started a course of weekly Eye Movement Desensitization and Reprocessing (EMDR) therapy sessions and in March this year, I completed it. EMDR was hugely beneficial to me and although I was never diagnosed with PTSD, there was a lot of unprocessed Trauma (with a capital T as my therapist said) that I needed to address. I was too young to deal with what was happening to me and around me back then and therefore these unprocessed traumas were stuck and jumbled up in my brain.

That’s how I see it anyway. EMDR therapy helped me face them, dissect them, address them and put them away in their rightful place. It was like peeling layers of an onion and delving deeper into myself and my past. I would highly recommend psychological therapy to anyone who needs help to deal with difficult feelings and experiences and we should absolutely normalise it so that it’s seen as routine as going to the dentist. Our minds are so precious and we so readily neglect them!

As the years went by, I read more and more about what happened in ex-Yugoslavia as I just couldn’t understand why it had to be that way. I still don’t really… They are still digging up mass graves and people are still searching for the remains of their loved ones whilst those who know where they are buried refuse to disclose their locations. To this day I am horrified by it all – just how quickly things escalated and people turned against their friends and neighbours, and family members in some cases.

How human beings can do that to each other! And for what? Politicians had their agendas
and the media was fully utilised for the purpose of spreading ‘fake news’ and propaganda in order to scare people into thinking they had to defend themselves by attacking others. We had all lived under the slogan of ‘Brotherhood and Unity’ since WW2 and we never believed that something so awful could happen to us. Nobody thinks it will happen to them until it does… When the war in Ukraine started, I was deeply shaken. So many similarities. How many times have we said ‘Never Again’ and then it happens again and again? Innocent people and children dying for no reason and we all feel so helpless.

I am now a mother of two young girls and I can’t imagine them going through what I went through. I hope that no child ever does but sadly they will… The only difference between you and a refugee is luck – luck to have been born in a different country. This is why I constantly talk about the fragility of peace and the massive importance of kindness, tolerance and respect for each other. Our beauty is in our differences and at the end of the day, we are all just flesh and blood, regardless of our skin colour, religious beliefs or anything else for that matter.

I have huge amounts of respect and gratitude for the work of the International Red Cross. They literally saved my life and I wouldn’t be here today if it wasn’t for them. That much I do know!

If you can, please donate to help those in need, who are caught up in wars and conflicts around the world: https://www.redcross.org.uk/get-involved/donate