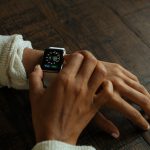 Functional neurological disorder (FND), also known as Conversion Disorder, is a common but poorly understood condition. It is characterised by neurological symptoms that have no known neurological cause. A classic example is World War I soldiers on the battlefield who became paralyzed with no obvious physical cause.  FND can include sensory symptoms, such as numbness, […]