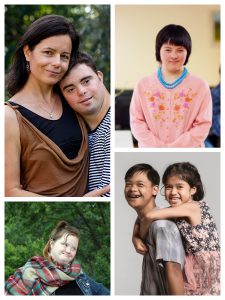 Many families over the years have contacted the Down’s Syndrome Association (DSA) because a young person or young adult with Down’s syndrome has had an episode during which they’ve lost skills and had changes in their behaviour. Such episodes are often referred to as ‘regression’.

The impact of ‘regression’ can be very serious but very little is known.

Why does it happen? To how many people? How best can it be treated and/or managed?

The DSA has funded us to try to find out more about ‘regression’. Our study involves the person with Down’s syndrome and someone who knows them very well (like a family member) as a Study Partner.

We will use different methods including neuropsychological assessments, an analysis of blood, and, if the person with Down ‘s syndrome consents, other investigations. We will also ask the Study Partner to complete some questionnaires about the person.

At the moment, the study is being set up, but when we’ve done that, we will be asking you to contact us if you know someone with Down’s syndrome who had a period of suspected regression lasting at least two weeks when they were aged 11-35 years, we would like to hear from you.