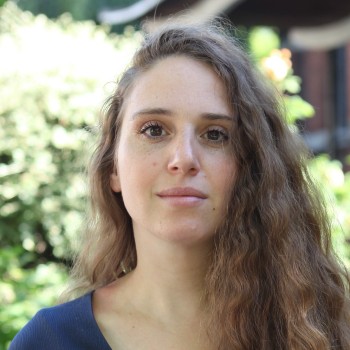 Assistant Professor in Systems and Computational Neuroscience, University of Cambridge
Fellow at the Alan Turing Institute in London
Visiting Researcher at the MRC Laboratory of Molecular Biology in Cambridge
Co-founder of the Cambridge Networks Network

My research applies tools from physics, engineering and network science to fundamental problems in neuroscience and mental health. In particular, I am interested in the structure-function relationship in brain networks, from the microscopic scale of neurons to the large-scale connectivity of brain regions, in both health and disease.

I work with a wide variety of multivariate data, including genetic and transcriptomic data, flow cytometry and neuroimaging data in humans and animal models. I also study simpler organisms, such as C. elegans, which provide a testbed for methodological innovations as well as insights into generalisable aspects of brain organisation, brain development, network dysfunction and repair.

I received a masters degree in theoretical physics and a PhD in artificial neural networks from the University of Cambridge, UK. I am also one of the co-founders and organizers of the Cambridge Networks Network (CNN), a forum for academics across different disciplines who share an interest in Network Science. I was awarded an MRC fellowship in Bioinformatics in 2014, followed by an MQ Fellowship in 2018. After a brief lectureship position in the School of Mathematics at Queen Mary University of London, I now lead the Systems and Computational Neuroscience group in the Department of Psychiatry at the University of Cambridge.